Two weeks before the election.

Two weeks after the election.

This red column is not what's best for Wisconsin. 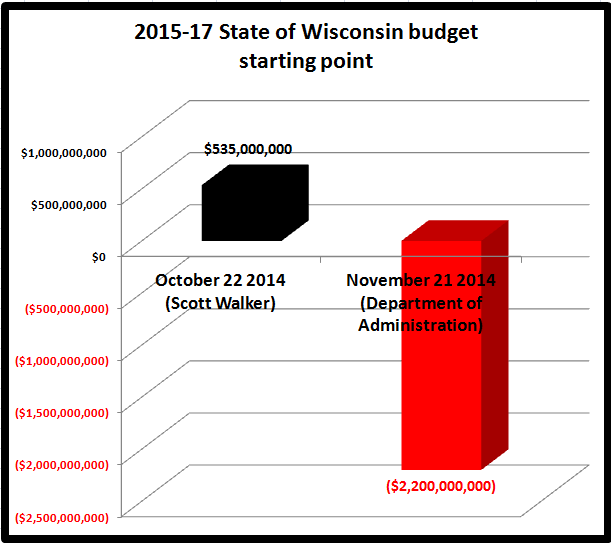 Never one to be deterred, Walker had already arrogantly pushed ahead.

In early 2011, Scott Walker earned himself a high national profile after "dropping the bomb" at the beginning of his first divisive term as Governor.  Yet in late 2014, in  poll after poll of Republican Presidential primary preferences, he still struggles to gain the upper hand against Rick Santorum and Bobby Jindal. 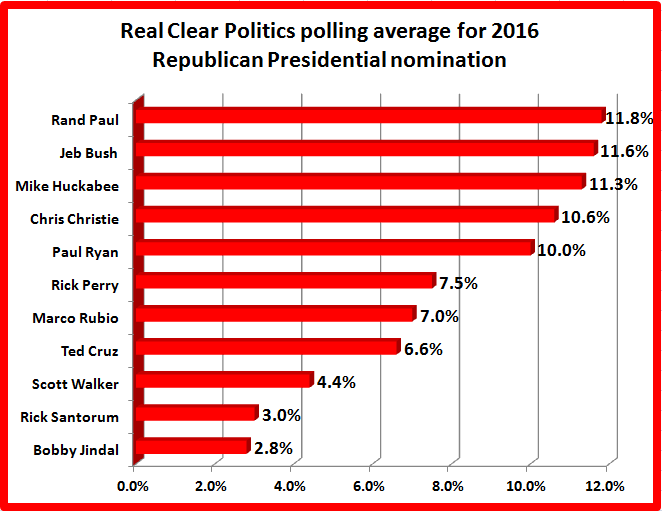 
A quixotic campaign for the Presidency is not what's best for Wisconsin.