Here's an excerpt from the January 13 can't-see-the-big-picture, trot-out-the-same-tired-arguments editorial, "Shelve plan to put municipal court on TV". What goes on in municipal court is not "must-see TV" by any means. Most of the cases involve traffic offenses, city ordinance citations and disorderly conduct. Not anything like watching Perry Mason or Matlock pursue the truth from a reluctant witness. 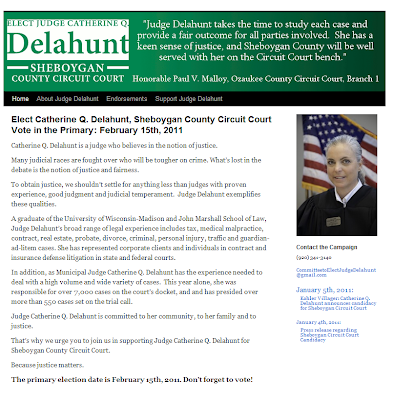 Excerpt:    Delahunt said the court needs to have a video record of cases — it currently only has audio recordings — in case there's an appeal and also as a matter of record if people want to review what went on in court.

Having a video record of a case, she said, can allow for circuit court judges who are ruling on an appeal to review the video without having to summon police officers, witnesses and other people involved in the case for another court appearance.

"It's a more efficient record, and for appeals it will save everybody time and money, police officers don't need to re-testify, citizens don't have to take time off from work to re-testify," Delahunt said.

Delahunt said the airing recordings of court proceedings, which would be on WSCS-TV, Sheboygan's city's cable access channel, would be able to educate people on the points of law, such as traffic rules and other citations. Often, she said, people come to court thinking they know the law, but they really don't.