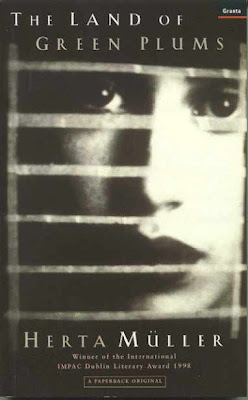 Romanian-born German author Herta Mueller won the 2009 Nobel Prize in literature. Mueller is 56 and the first German to win the literature Nobel since Gunter Grass in 1999. According to the New York Times, she has had four of her books translated into English. Northwestern University Press has published two of those titles, a paperback edition of The Land of Green Plums--a hardcover of that title from Metropolitan Books is currently out of print--and a hardcover of Traveling on One Leg.

Madison Public Library owns 1 copy each of 5 books by Herta Muller (as spelled in LINKcat). The Land of Green Plums has 11 holds.