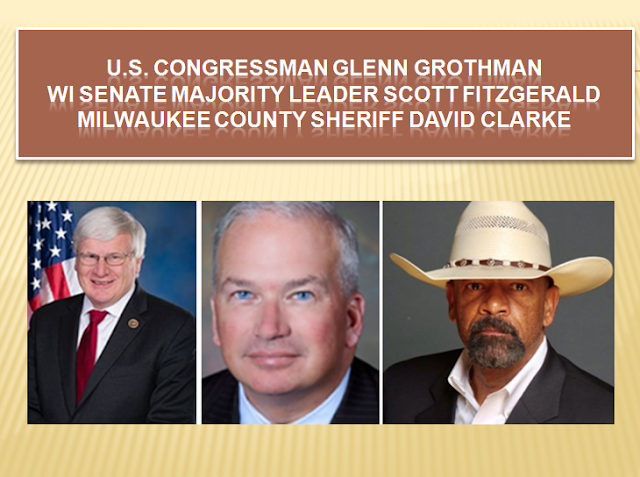 Places to run to but nowhere to hide.

The guy in the hat was obviously a perfect fit at the Trump rally.


Clarke made headlines over the weekend with a tweet decrying Democratic leadership in Washington.

Clarke has since written in defense of the tweet, saying he was not inciting violence.