Ron Golub has 16 years experience in journalism but none, apparently, in fact-checking 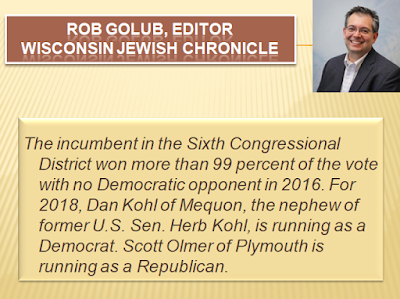 First of all, Grothman had 2 opponents in 2016:  Democrat Sarah Lloyd and Independent Jeff Dahlke.  He won quite a bit less than 99% of the vote.

And neither did Grothman run unopposed in 2014, when he was first elected to Congress.

It should be noted by Scott Olmer announced as a Democrat but switched parties in mid-August.