Madison is closer to U.S. demographic reality than Weston. 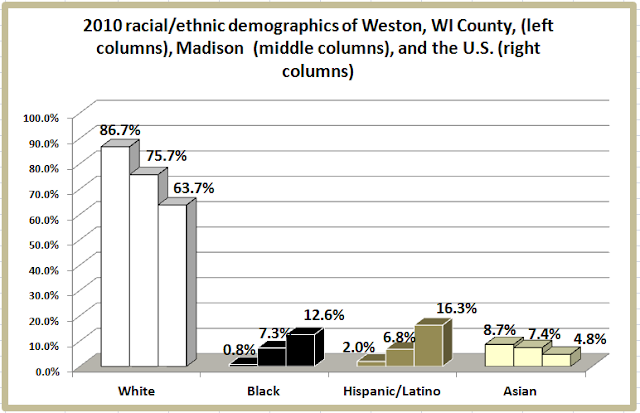 Weston is located in Marathon County, which has the largest percentage of Hmong population outside of Milwaukee County.


Decades after they fought for the U.S. and took refuge in Wisconsin, immigrants and their children still struggle for acceptance.


Perhaps Duffy should focus on his own district for a change, rather than mouthing off -- anything to get his name and face in the news -- as he gears up to challenge Tammy Baldwin in 2018.