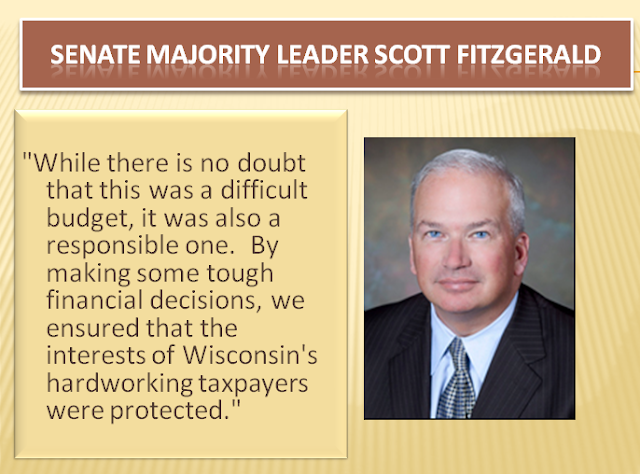 A 4/6/2015 Legislative Fiscal Bureau memo, "Non-Fiscal Policy Items Contained Within the Governor's 2015-17 Budget Bill", lists 47 items "not closely to the state's fiscal programs for the next biennium".

Stuff that doesn't belong in the budget and should be introduced as separate legislation, in other words. 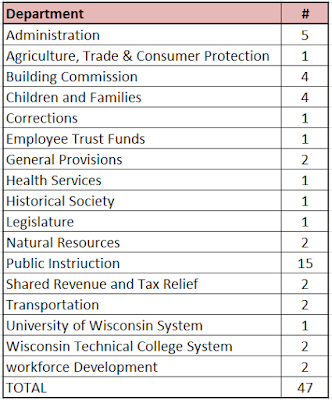 And then there was the notorious motion #999. which stuffed additional non-fiscal provision in to the budget bill, including but not limited to....


Not all of the above items will find their way into the final version of the budget.   The senate, for example, removed the open records restrictions and the change to the Joint Survey Committee on Retirement System.