Rules?? You mean there are rules??!! shocked Republicans ask 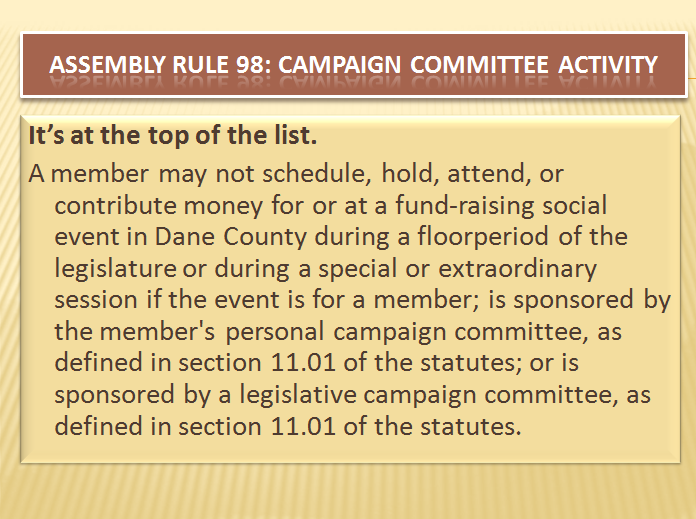 With fundraising being the lifeblood of politics, it's incredibly hard to believe that this was a, ahem, "scheduling oversight".

Lack of transparency.  It's interesting to note that neither the Assembly nor the Senate has published the 2015-16 session schedule.
Posted by Retiring Guy at 5:49 PM