It's turning out to be Train Day.

Dairyland forced to ship it in by the truckload.  BNSF has attributed delays to harsh winter weather and a surge in rail shipments of grain, autos and shipping containers, but critics blame increased shipments of crude oil from the Bakken oil fields. Newly released shipping data show BNSF moving an average of five to six oil trains each day through La Crosse.

Let me repeat myself. 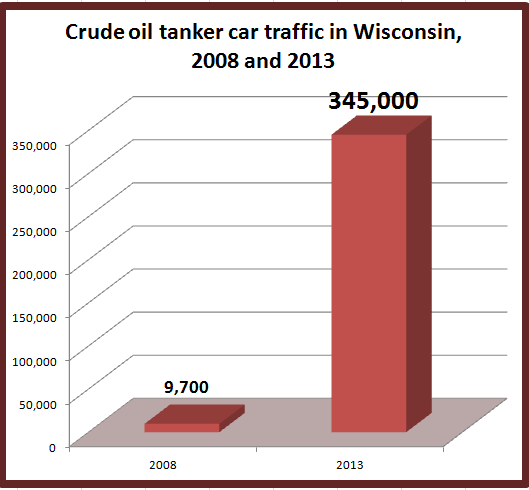 A 3457% increase in crude oil rail traffic in Wisconsin since 2008?  The Burlington North Railway (BNSF) is being disingenuous.

A clip from Michelangelo Antonioni's Blow-Up.

beatlesrutles.  How could they just stand there?﻿

michael allen.  They were PAID to stand there or "BLOW UP" as per the movie!﻿

beatlesrutles.  Ah, well, I guess the movie would explain it. Does anyone know where to find this film in its entirety?﻿

Here in Wisconsin, I'd find it through my public library system.