It took the United States another quarter century to begin to implement this vision, at the municipal level. 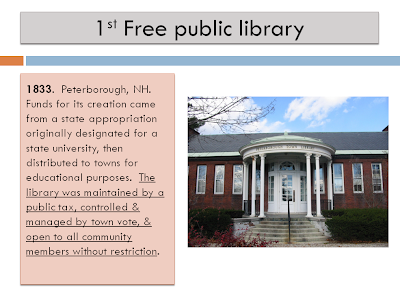 Excerpt: In 1809, Thomas Jefferson wrote, "I have often thought that nothing would do more extensive good at small expense than the establishment of a small circulating library in every county ..."

Jefferson, like the other founders, understood that America's experiment in democratic self-government could not work unless the people were educated and informed.

Since then, our country has developed a system of public education and libraries that has been the model for the rest of the world. Public libraries continue to realize Jefferson's hope of doing "extensive good at small expense."

And it took the City of Boston to give impetus to the public library movement. 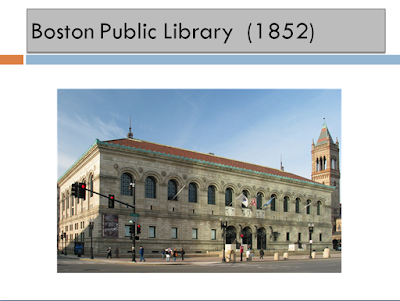 Incidentally, Ohio was the first state to establish a county library. 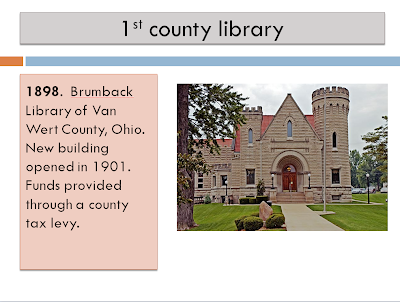 Source:
Posted by Retiring Guy at 8:24 AM