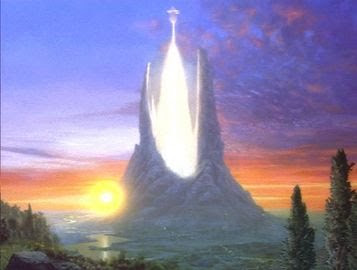 Source:  Metapedia
Link to April 7 Milwaukee Journal-Sentinel article, "Incumbents bum rushed".
Excerpt:    Political scientists Lilly Goren and Joe Foy saw threads of a grim, maybe angry national mood in Tuesday's local elections in which voters tossed so many mayors and other incumbents out on their ears.

"I think right now there's an anti-incumbency mood in the entire country, so I don't think Wisconsin is different," said Goren, associate professor of politics at Carroll University and a frequent contributor to public radio discussions. "It's tied to the economy."

Foy, assistant professor at the University of Wisconsin-Waukesha County, dittoed that.

Three-term Oconomowoc Mayor Maury Sullivan - one of four Milwaukee-area mayors to be voted out Tuesday -says politics is more art than science and says all politics is local.

"I do think that there's a backdrop of anti-incumbency, anti-government," said Sullivan, who lost his office to political newcomer James Daley. "It stems from a lot of things, including recession, unemployment, federal government, state government. I don't attribute my loss to that."

Rather, he said, the relevant issues in Oconomowoc tended to be more local, citing Pabst Farms and downtown development and their ramifications, among others.

"I was hardly a radical choice," he said. With 12 years on the City Council, "I've had more elective time in office than the mayor."

A sampling of other election results:

Or the headline could have read:  Six incumbents win county board seats.
Posted by Retiring Guy at 8:14 AM