Where taxpayers moved from in the 50 states, from 2007 to 2008, according to an Associated Press analysis of Internal Revenue Service data. 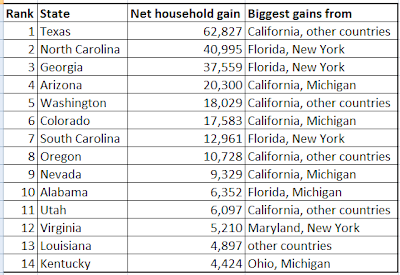 Home folks think I'm big in Detroit city,
From the letters that I write they think I'm fine,
But by day I make the cars,
by night I make the bars,