Where taxpayers moved to in the 50 states, from 2007 to 2008, according to an Associated Press analysis of Internal Revenue Service data. 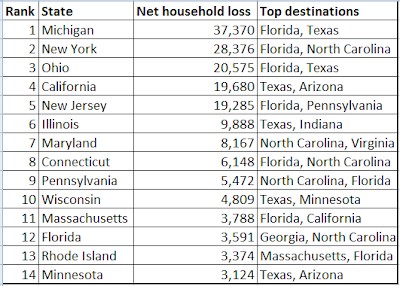 With 8 of the 13 states showing a large outmigration to Florida, you have to think there's a helluva lot of former Floridians now living in Georgia and North Carolina.