GOP members of Congress announce their retirements from the House early and often, especially in Texas


“I am looking forward to finishing out my term and then returning to Texas to start a new chapter,” Marchant said in a statement that thanked his family, staff, colleagues and constituents but did not detail the reasons for his departure.


Clearly, Kenny is not interested in running for re-election when he is very likely to lose.  In 2014, he beat his opponent by 37.3 percentage points.  Four years later, he eked out a 3.1 percentage-point victory margin. 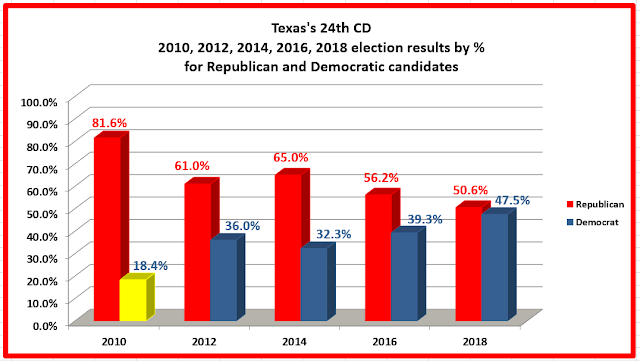 Marchant's district is located in the Dallas/Fort Worth metro area. 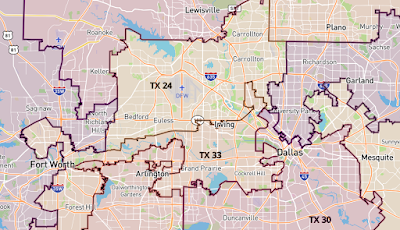 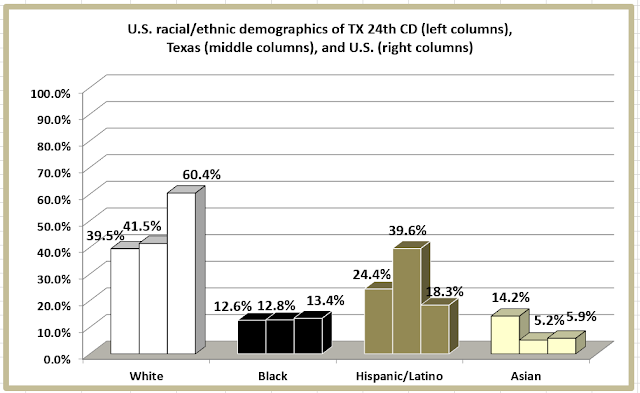 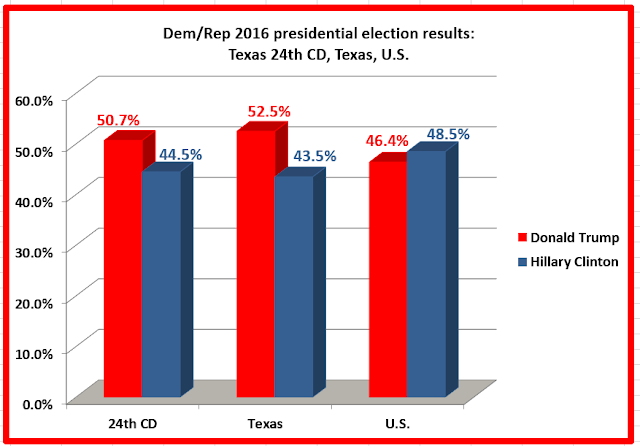 Not Trump's America.  Even with the district's changing demographics, Trump underperformed here.