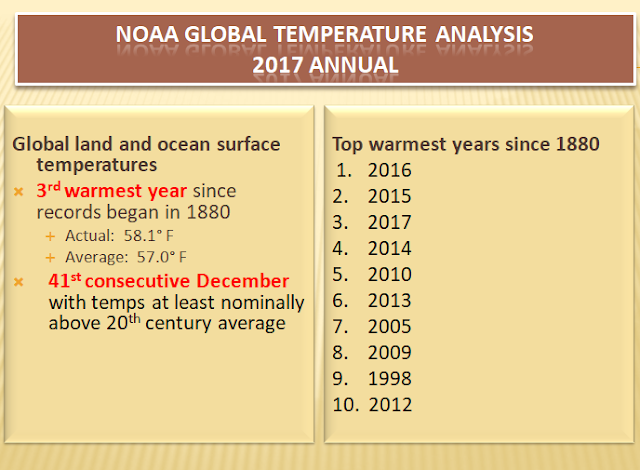 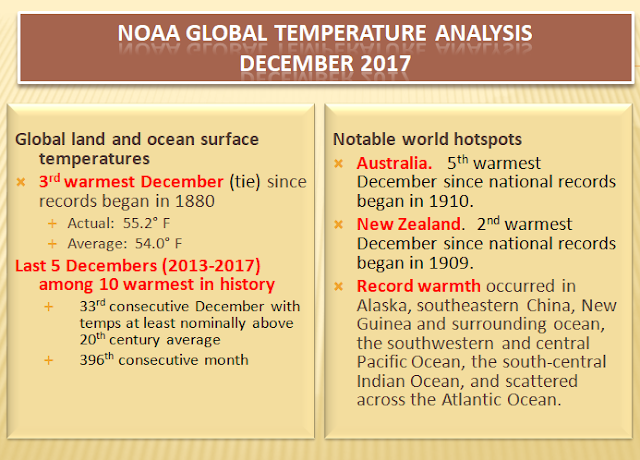 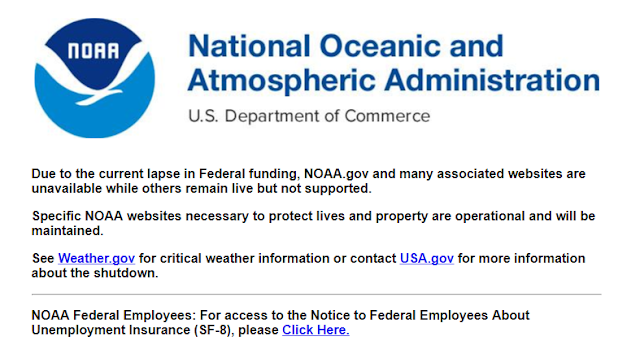 But we do know this.

“This is the new normal,” said Gavin A. Schmidt, director of the Goddard Institute for Space Studies, the NASA group that conducted the analysis. But, he said, “It’s also changing. It’s not that we’ve gotten to a new plateau — this isn’t where we’ll stay. In ten years we’re going to say ‘oh look, another record decade of warming temperatures.’” 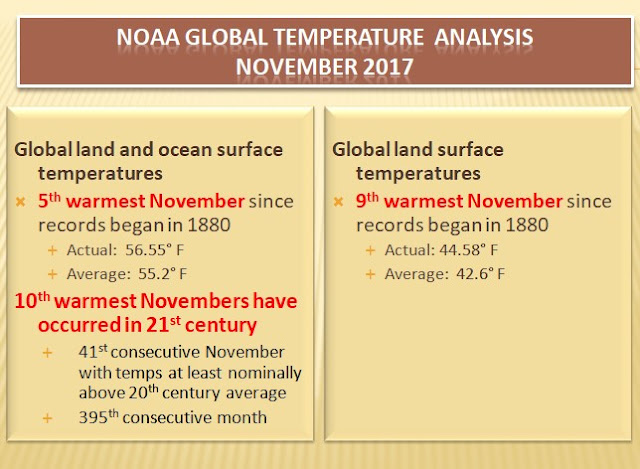 The global land and ocean temperature during November has increased at an average rate of +0.07°C (+0.13°F) per decade since 1880; however, the average rate of increase is twice as great since 1980. 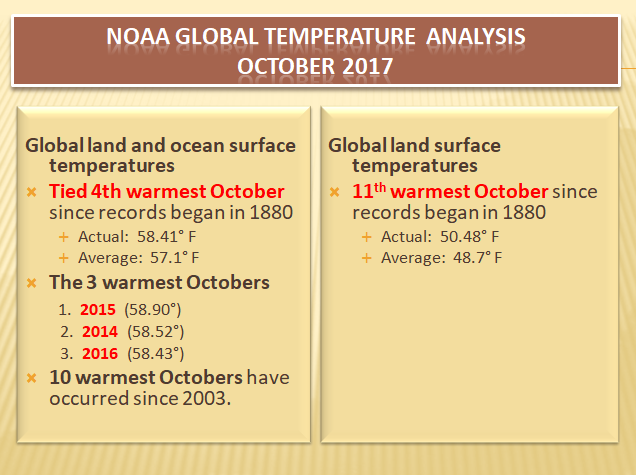 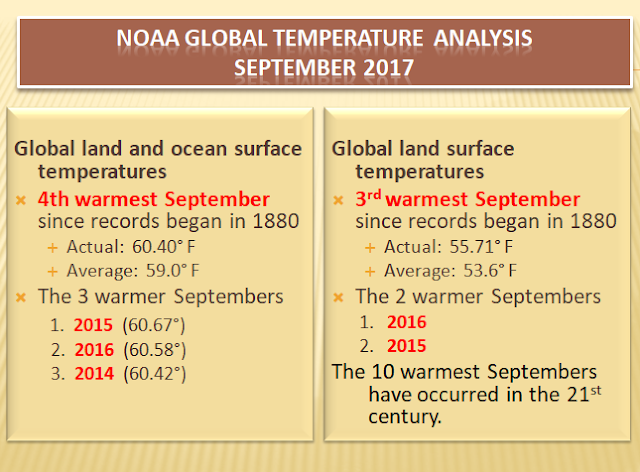 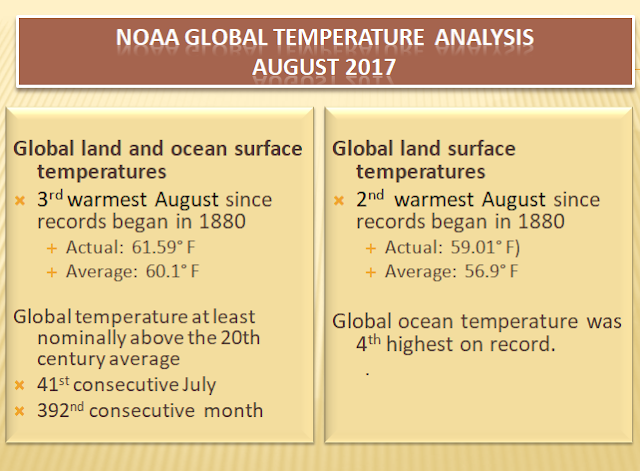 The Great Lakes and Mississippi Valley regions of the U.S. were among the few cooler places in August. 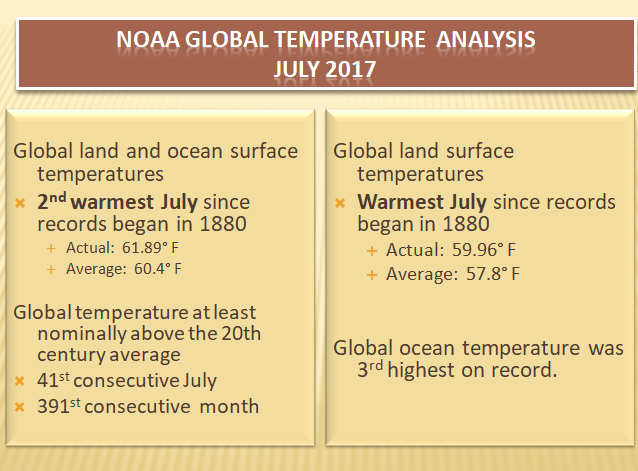 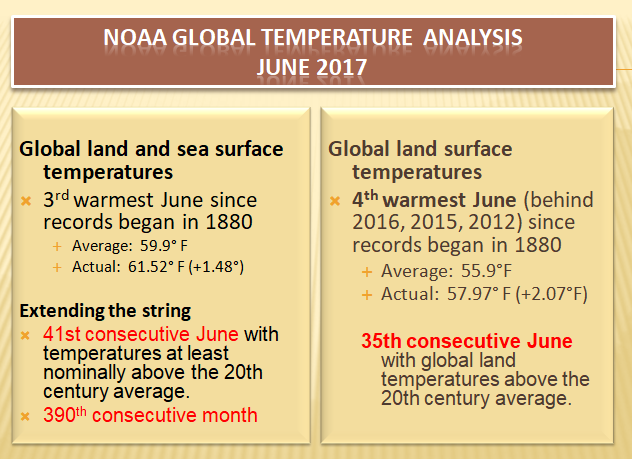 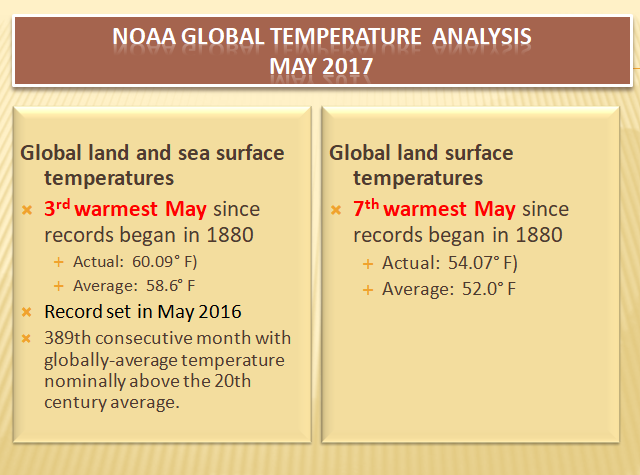 Global Analysis May 2017
Two of the world's hottest spots: 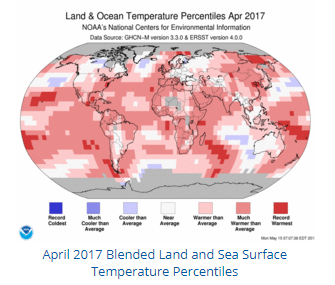 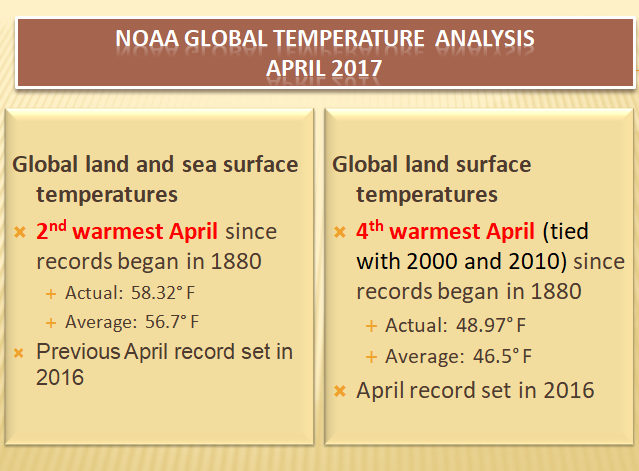 
Much of the world's oceans also had warmer- to much-warmer-than-average conditions during April 2017, with several locations across the western, central, and southeastern Pacific Ocean, Indian Ocean, and Atlantic Ocean experiencing record warm temperatures. No ocean areas had record cold April temperatures. 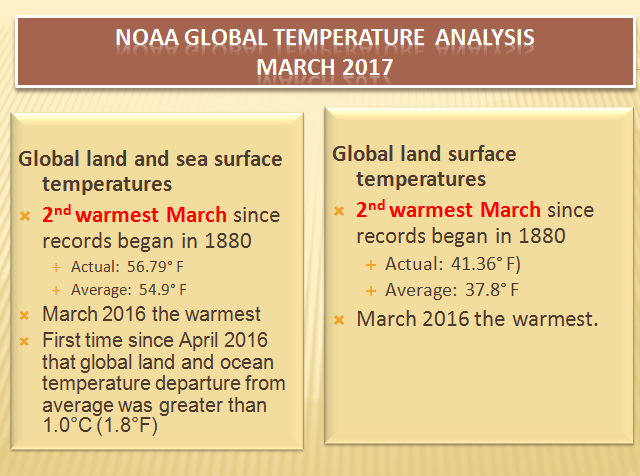 
March 2017 was characterized by warmer- to much-warmer-than-average conditions across much of Earth's surface. The most notable warm temperature departures from the 1981–2010 average were recorded across the contiguous U.S., Europe, Russia, Mongolia, and Australia, where temperature departures were +3.0°C (+5.4°F) or greater. 4/12/2017 update starts here. 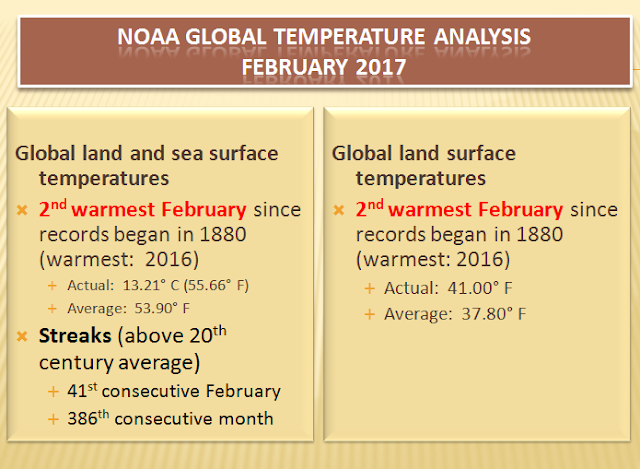 
Warmer- to much-warmer-than-average conditions were present across much of the world's land surfaces, with the most notable warm temperature departures from average (3°C–5°C above the 1981–2010 average) across much of the contiguous U.S., southeastern Canada, and across much of central and eastern Russia. 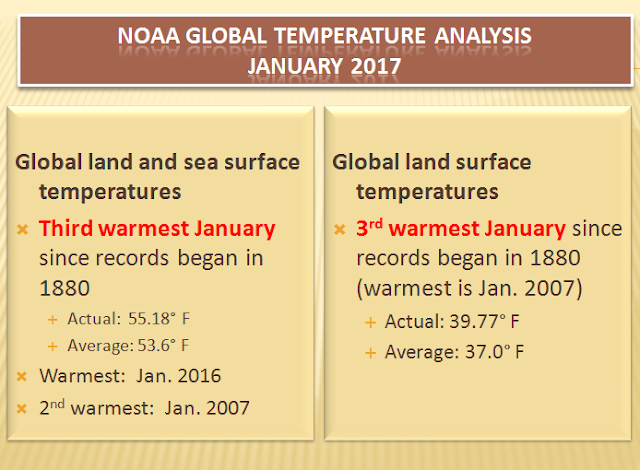 
For the oceans, the globally-averaged temperature departure of +0.65°C (+1.17°F) from the 20th century average was the second highest on record for January, behind 2016.