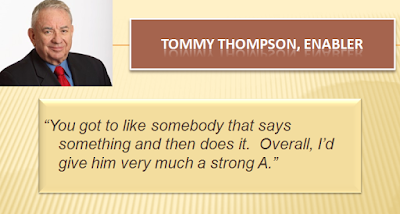 Said.  Still waiting on does.


Earlier in the article, wafller Thompson is referred to as "previously a staunch supporter of former presidential candidate Gov. John Kasich".  The former governor likened the real estate mogul who has never been elected to any public office to President Ronald Reagan. But the state’s top Republicans, Gov. Scott Walker and U.S. Sen. Ron Johnson, were not at the rally that was held in the same venue where Walker in July 2015 announced his own presidential bid that lasted just 70 days.


In the Merriam-Webster definition, 'staunch' has an element of 'firmly fixed', 'not subject to change' loyalty.