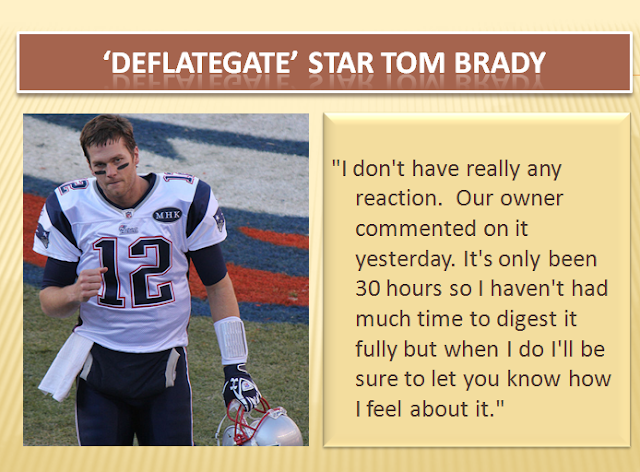 The accompanying video shows an athlete in the full flower of cockiness.

Investigate Report Concerning Footballs Used During the AFC Championship Game on January 18, 2015  (clocks in at 243 pages)