Box-office receipts for February 22 rank an unexceptional 6th among the 8 first Sundays of 2015. 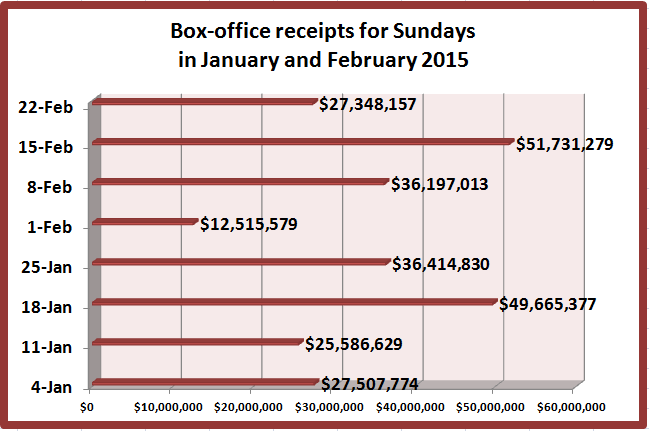 
As the ratings demonstrated, the audience was not impressed. Perhaps they went to the movies instead: Box-office analysts noted that ticket sales on Sunday, normally a slow day at theaters, were unusually brisk.


Related post:
If Oscar winners should be based on ticket sales, why bother with the whole rigmarole in the first place?  (2/24/2015)
Posted by Retiring Guy at 4:04 PM