Maybe Now Is the Time

Remember this juror, the one who thought she was going to write a book?

Juror who called Trayvon Martin 'a boy of color' has her book deal REVOKED after telling how she thinks 'George's heart was in the right place' in first post-trial interview.  (Daily Mail, 7/15/2013) 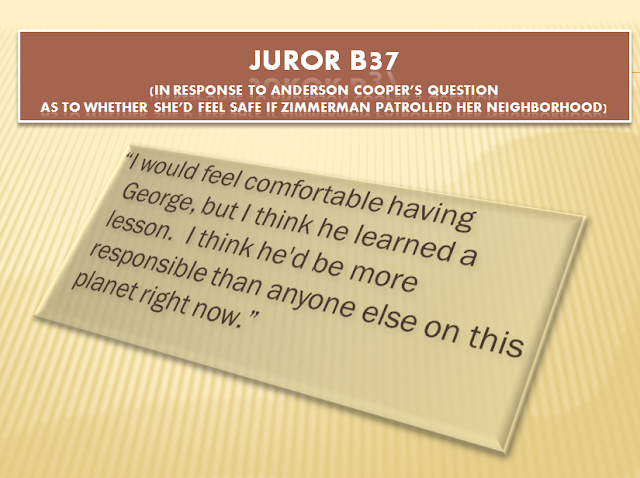 As described in the New York Times article.   Ms. Scheibe told investigators that she had asked Mr. Zimmerman to leave the residence, and that he had begun packing his belongings, including two firearms, before growing agitated and turning violent.

Deputy Lemma said that Mr. Zimmerman had “broken a table and, at one point, pointed a long-barreled shotgun” at Ms. Scheibe, who said he had aimed at her for about a minute.

I wonder if Samantha has a history of making bad choices.
Posted by Retiring Guy at 6:41 AM