Excerpt:  The recession is impacting the number of government workers in Wisconsin as well as the private sector.

Figures released Thursday show the state losing 12,400 jobs in September, including 11,500 government positions with 8,400 of those at the local level.

The state lost an estimated 900 jobs among private-sector employers, including some 3,000 in the manufacturing sector. It marks the third consecutive month Wisconsin has lost private sector jobs after a strong hiring uptick in June.

Wisconsin's seasonally-adjusted unemployment rate declined slightly to 7.8 percent, down 0.1 percent from August, according to preliminary figures from the Department of Workforce Development. [Page 1, with highlight, provided in screenshot below.] 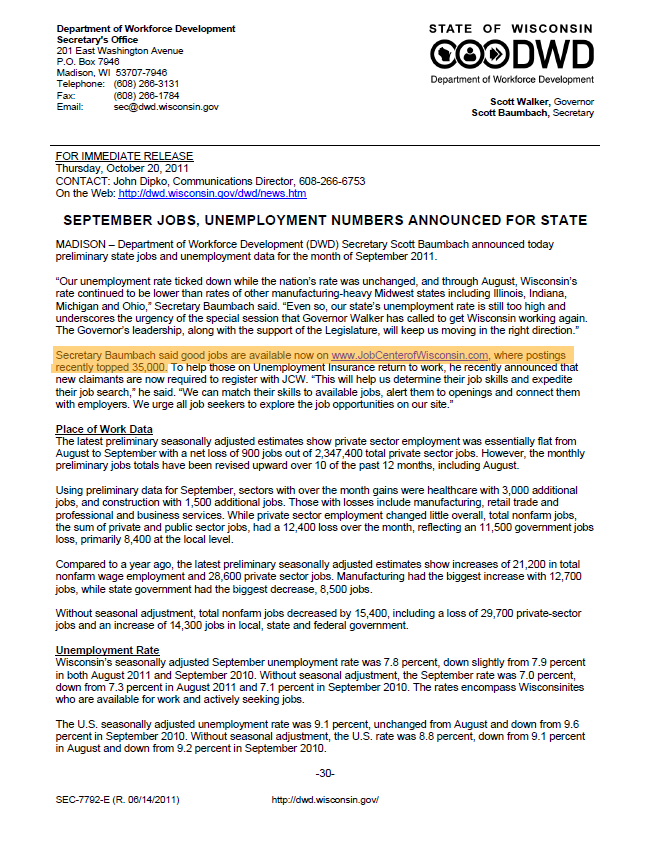