A Rarity in Today's Publshing World: New Magazine to Hit Newsstands Next Month

And, considering the brand, likely to be a collection development suggestion at public libraries. 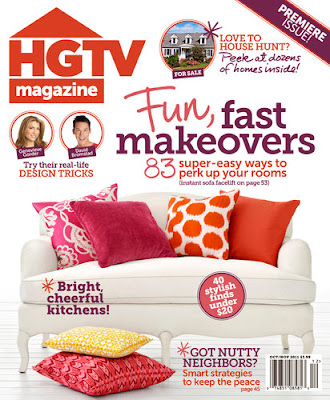 Excerpt: Hearst and HGTV have become partners in a new magazine — called simply enough, HGTV Magazine — that will make its debut on newsstands at the beginning of October. It is one of the only major consumer magazines brought to market in the last few years, and the first since 2008 from one of the country’s top three magazine publishers, which all shed jobs and closed publications during the last recession.
Posted by Retiring Guy at 7:21 PM