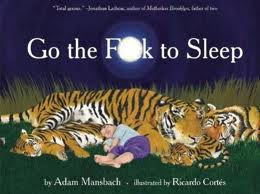 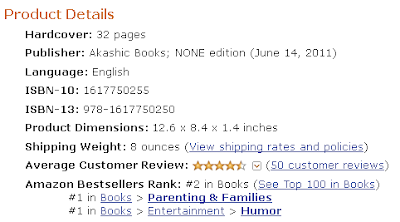 Excerpt:  Adam Mansbach has had three novels and a book of poems published but it was a brief Facebook update wishing his two-year-old daughter would "Go the Fuck to Sleep" which helped him hit publishing gold.

Now a year later, the resulting parody of a children's book may be the unlikeliest hit book of the summer.

Ahead of U.S. publication on Tuesday, the expletive-laced book of rhyming verse has advance sales of over 100,000 copies and is in its fifth printing, which takes copies in print to over 400,000.

The movie rights have been bought by Fox 2000.

"After a particularly difficult time putting my two-year-old daughter Vivien to bed, I posted on Facebook ... 'Be on the lookout for my forthcoming childrens book, Go the Fuck to Sleep,'" Mansbach recalls of the unlikely night which changed his professional life. "It was a joke. It was not a book I had any intention of writing at the time." 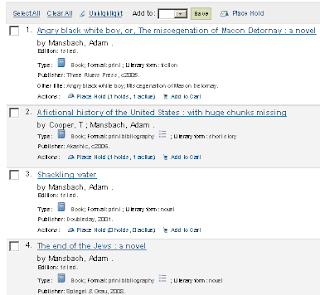 Labels: Go the F**k to Sleep