Yeah, I know, it's a misleading headline -- but so dang irresistible. 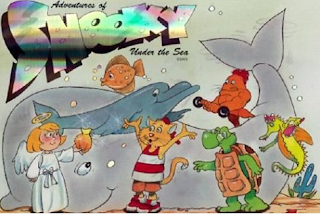 Excerpt: The United States Patent and Trademark Office has rejected a request from Nicole Polizzi, a k a Snooki from MTV’s “Jersey Shore,” to trademark her nickname. According to a Trademark Office document published on the Web site TheSmokingGun.com, Snooki cannot be held as a trademark by Ms. Polizzi because of the “likelihood of confusion” with a 2004 trademark belonging to Brian J. Publishing, publisher of the children’s book “Adventures of Snooky: Under the Sea,” by Karen Monaghan-Arnone and Maureen Monaghan-Faber, about a cat lost at sea.

Snooki dedicates this song to Snooky.
You Beat Me to the Punch