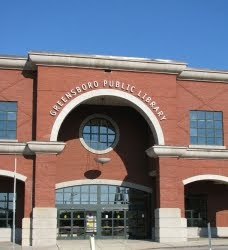 Excerpt: “We’re a public library designated as a county system,” said Sandy Neerman, director of the Greensboro Public Library. “No one who lives anywhere in Guilford County is charged anything to use the libraries.”

With the economy recovering slowly and the county deeply in debt, another such cut could be coming.

“My opinion is the city should be paying for the entire thing,” said Steve Arnold, vice chairman of the Guilford County Board of Commissioners. “I think it’s a city function, and we should just let them do it.”

Arnold said he knows there aren’t enough votes on the board to eliminate library funding altogether, but he would like to see a radical decrease in funding.