Not to mention unhappy local officials.

Excerpt:    Historically, redistricting was a bottom-up process that started locally and was finished by the Legislature. Counties used census numbers to draw county board district boundaries. Cities, villages and towns developed wards based on the county districts.  [Emphasis added.]

A bottom-up process?  Doesn't that have something to do with "the most effective government is government closest to the people".  Principles schminciples. 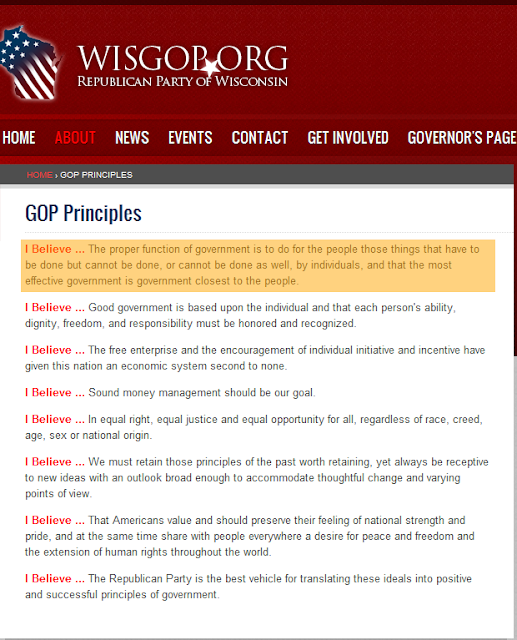 Then the state created its district maps using these local boundaries.

Kara Homan, a planner with the East Central Wisconsin Regional Planning Commission, said counties and municipalities have been working on redistricting for about six months.

"Currently the legislation may require them to redo a lot of what's already been done," she said.

Dan Thompson, executive director of the League of Wisconsin Municipalities, said the new state boundaries could cause problems, like county board districts straddling municipal ward districts. 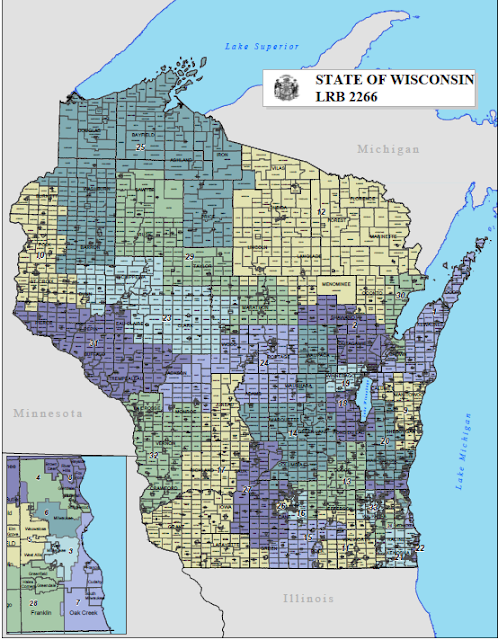 Interactive map (screenshot below) shows this drunken bike ride around the west and south sides of Madison. 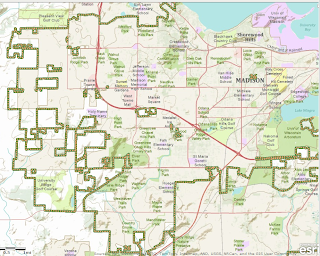 Link to text of bill. 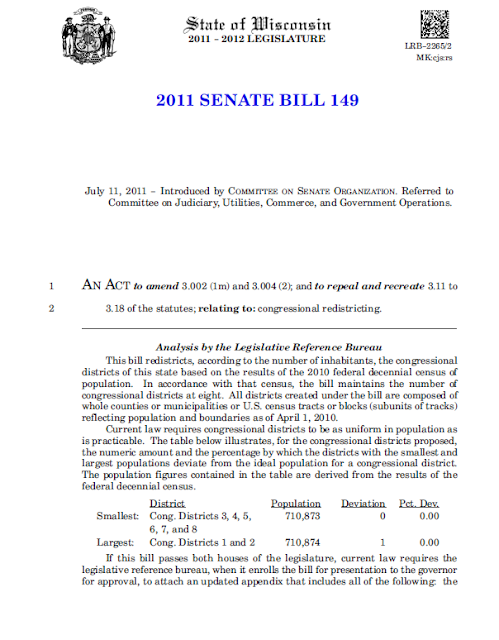 Sen. Jon Erpenbach posted this message on his Facebook page within the past hour. So the lawyer billing us 25 grand a month for redistricting and the main author of the map are both no shows in committee today.
Posted by Retiring Guy at 1:24 PM