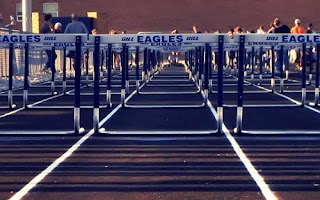 Excerpt: Cieslewicz wants the city to use $37 million in borrowing, $6 million federal tax credits and $10 million in private fundraising over three years to pursue the Fiore Cos.' proposal for a six-story library at Henry Street and West Washington Avenue that would be part of a larger redevelopment.

But Schumacher said the city shouldn't move forward until tax credits are secure and at least $4 million is privately pledged.

The library "could be delayed by a year, possibly, probably," Schumacher said. But the amendment protects taxpayers and motivates private donors to step up sooner rather than later, he said.

Cieslewicz said the amendment could force the city to miss attractive construction prices and federal bonds that bring low interest rates. "At a minimum, it hobbles the project," he said. "It probably kills it."
Posted by Retiring Guy at 7:44 AM