UPDATE. And the hits to cow's milk just keep on coming 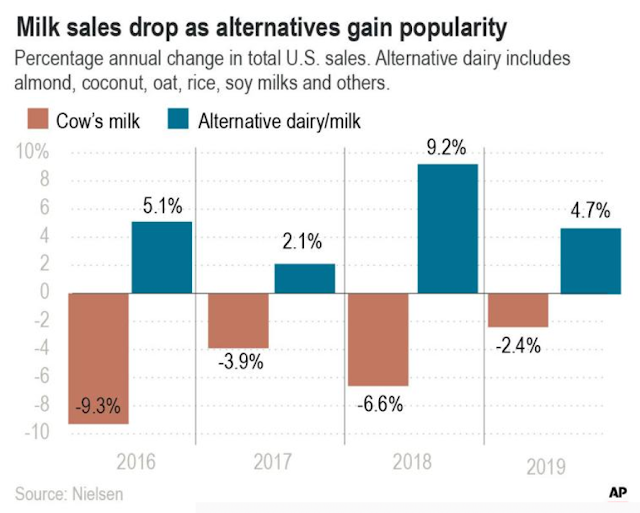 American refrigerators are increasingly stocked with juice, soda and milk substitutes made from soy or almonds. At the same time, protein bars, yogurts and other on-the-go breakfasts have replaced a morning bowl of cereal. That has hammered traditional milk producers like Borden, which was founded in 1857.

The amount of liquid milk consumed per capita in the U.S. has tumbled more than 40% since 1975. Americans drank around 24 gallons a year in 1996, according to government data. That dropped to 17 gallons in 2018.

Borden spokescow Elsie made her debut in 1936. 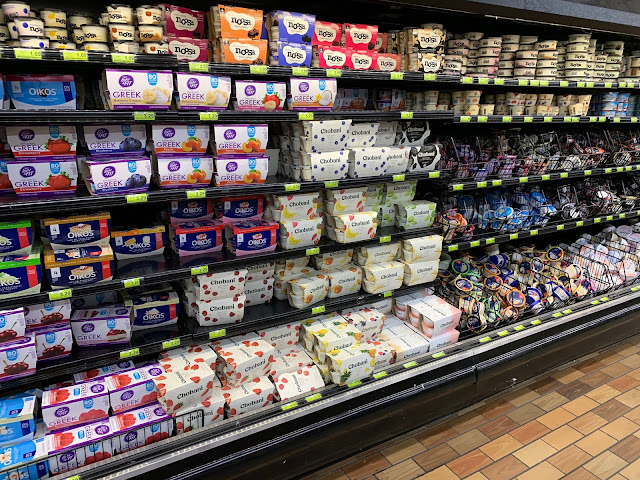 Despite shelves full of new varieties — from Icelandic to Australian to coconut-based — U.S. yogurt sales are in a multiyear slump. Yogurt companies are confident that more new products can boost sales. But some analysts are skeptical, saying larger trends — like growing sales of protein bars — will be hard to turn around.

“Consumers are just not eating as much yogurt as they once did,” said Caleb Bryant, associate director of food and drink reports for Mintel, a market research company.

1/31/2018 update, "On the other hand, Americans are eating more yogurt, although consumption peaked a few years ago", starts here. 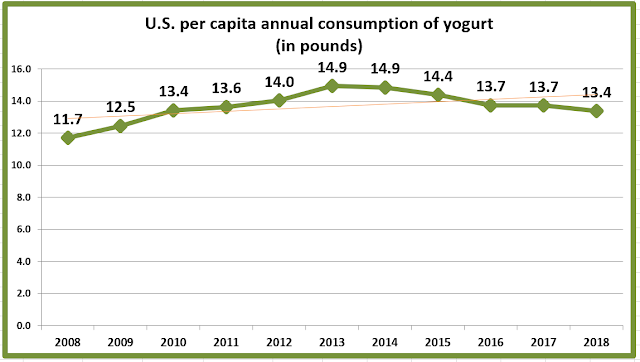 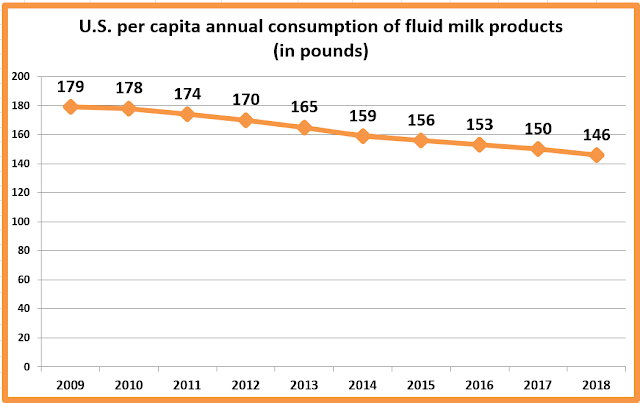 
But by 2016, with American milk consumption on a major decline — dropping by more than a third since the 1970s — Schwartz decided it was time to not only get out of dairy, but to move in a whole new direction: plants.

The company is now known as Elmhurst Milked; cows have been replaced by nuts, oats and rice, which are being "milked" by a proprietary cold-water mechanical process invented by food scientist Cheryl Mitchell.