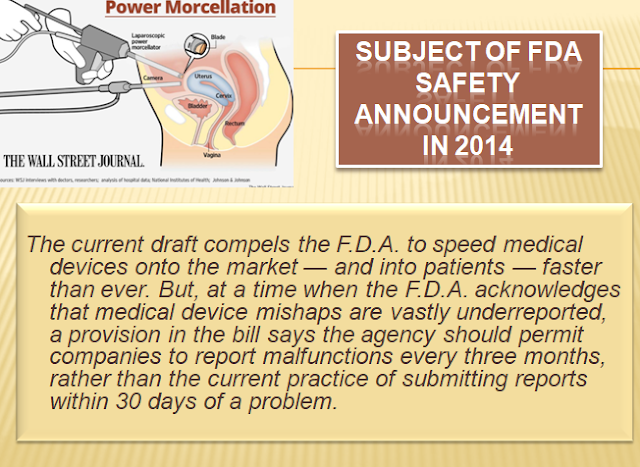 
But consumer advocates point to recent problems where initial reports of device malfunctions did not involve any injuries, but later evidence — sometimes additional devices showing flaws or reports indicating patients were harmed — began to surface. They pointed to cardiac defibrillators that ran out of batteries; the power morcellator, designed for laparoscopic surgery to remove uterine fibroids, which spread cancer through patients’ bodies; a type of breast implant that is linked to a rare cancer; and the superbug-bearing duodenoscope, whose design flaws made it virtually impossible to disinfect.


Wall Street Journal graphic found at The Ultimate Guide To Understanding Your Legal Options As A Victim of Uterine Cancer Accelerated By Power Morcellation Surgery.  (Greenberg and Bederman LLC)