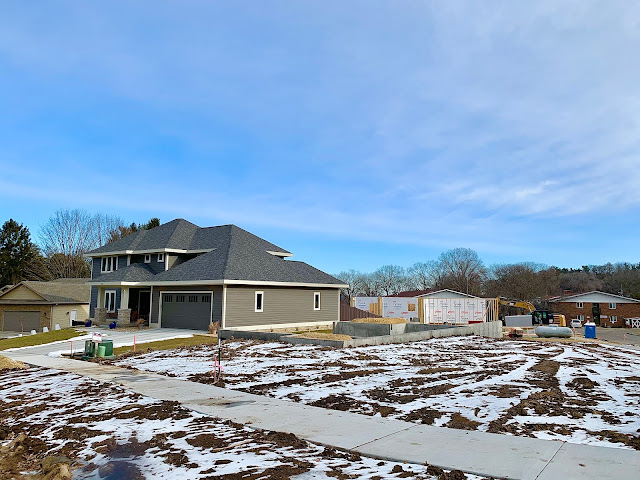 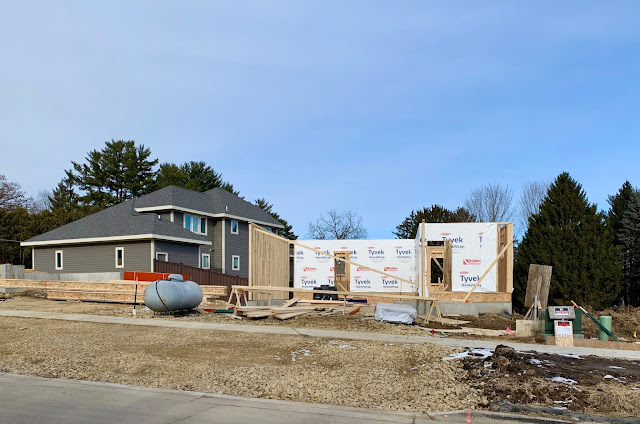 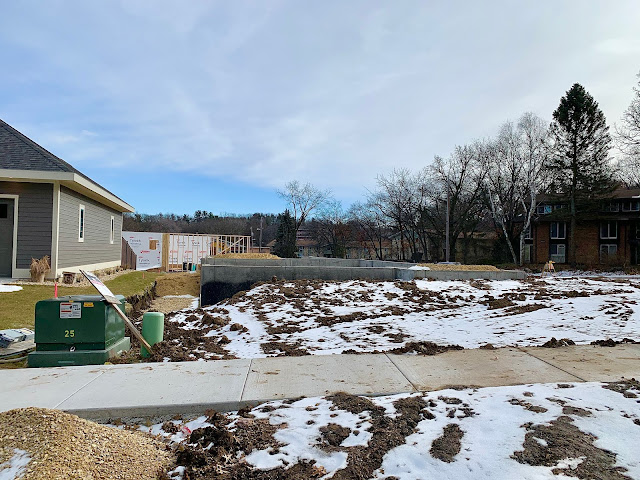 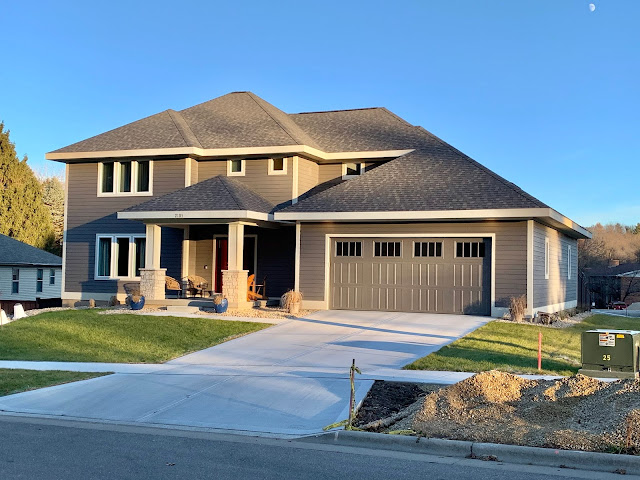 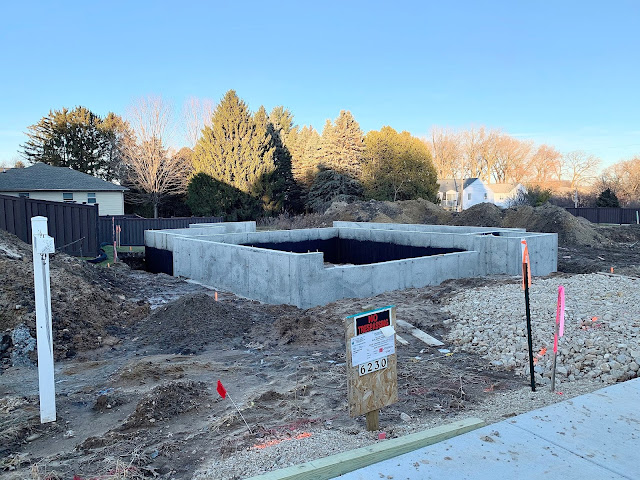 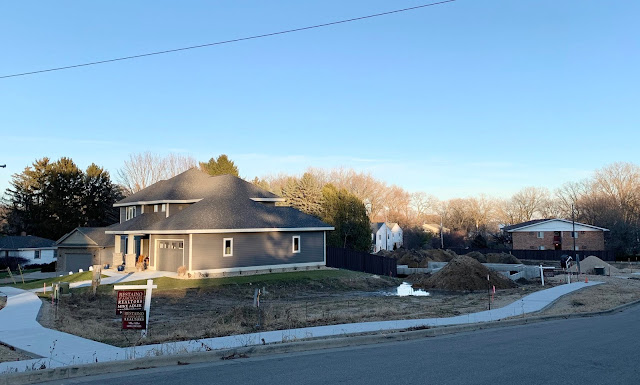 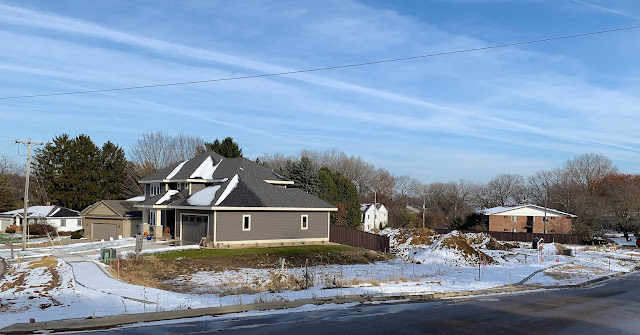 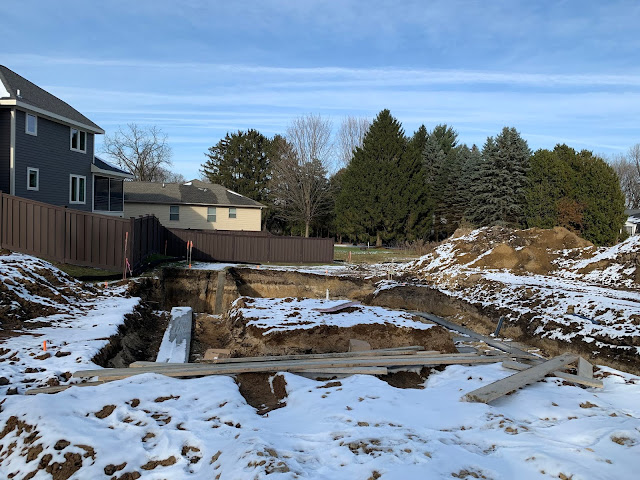 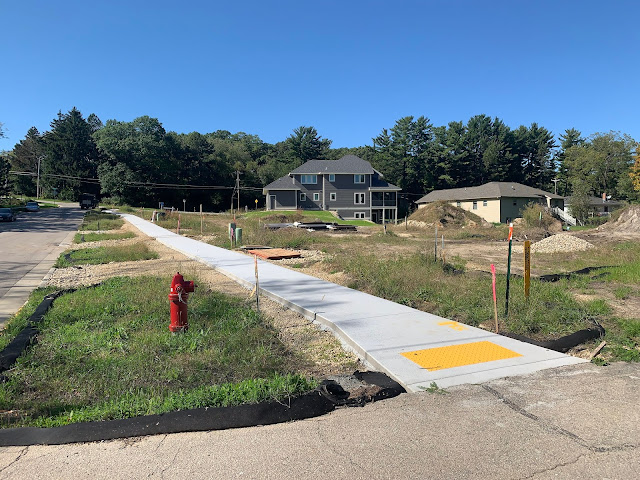 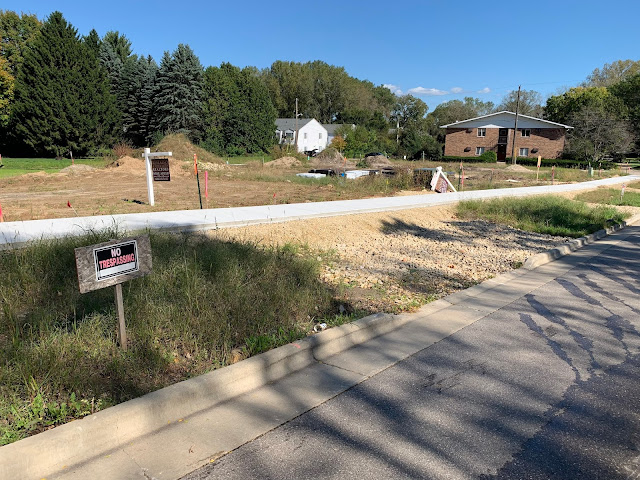 Hopefully, the above driveway will be relocated.  Otherwise, the new homeowners will need one of these. 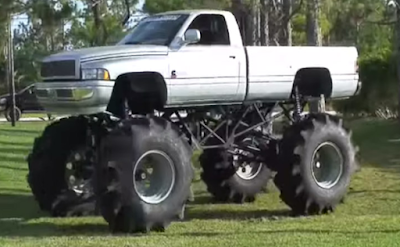 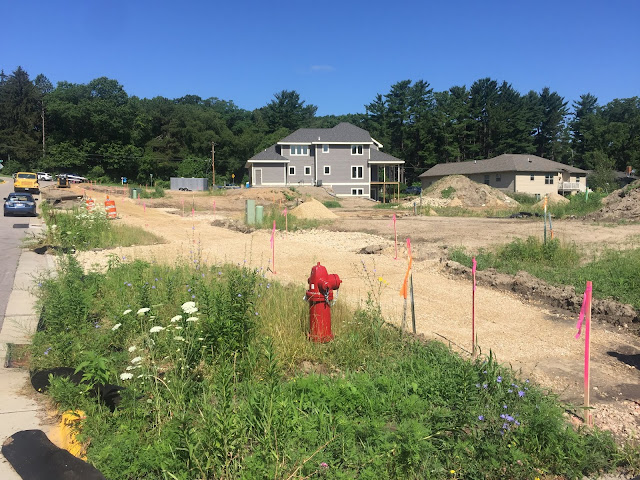 Construction of the first of 7 houses nearly finished.  Otherwise, just mounds of dirt and, at left, what looks to be a layer of stones indicating driveway locations. 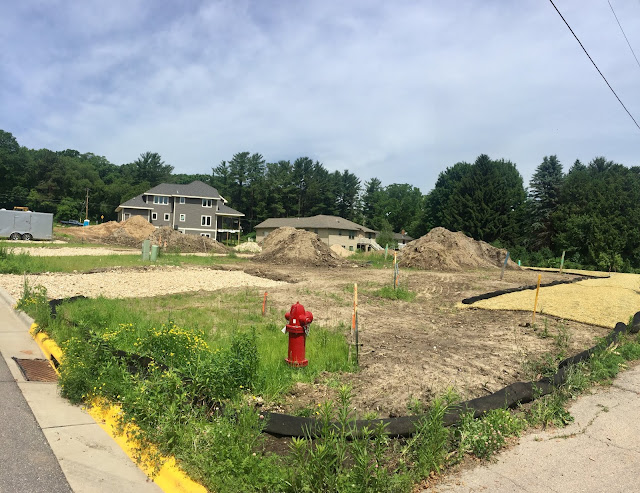 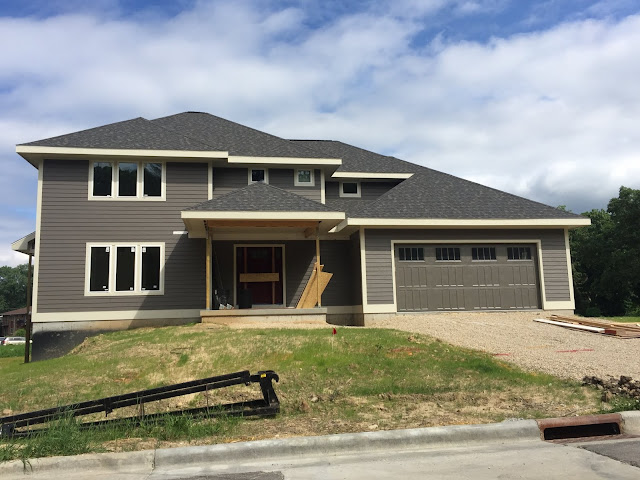 All house, no yard, I imagine. 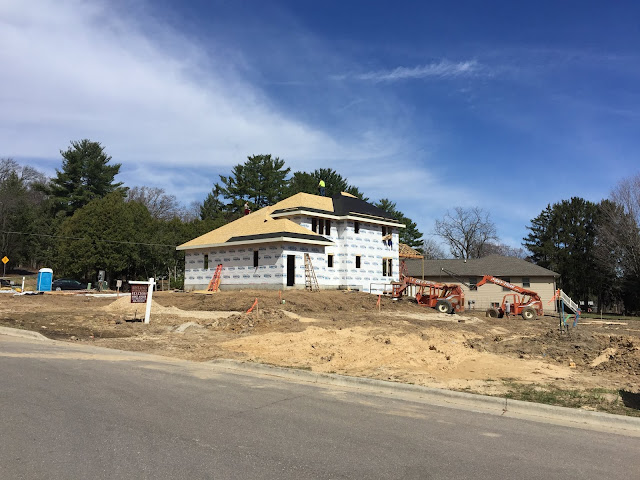 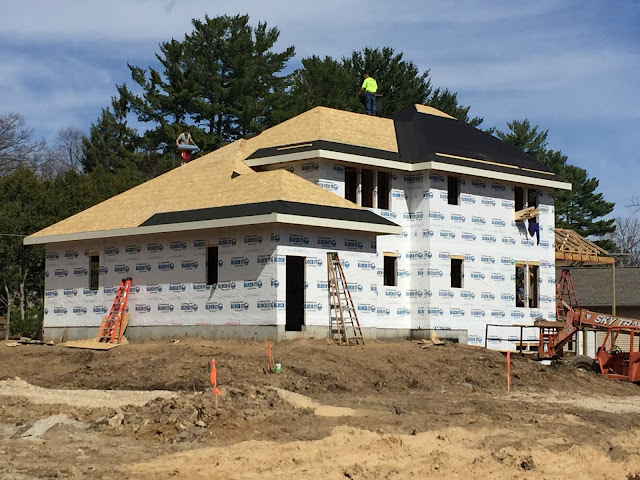 Approach from the south on North Gateway Street 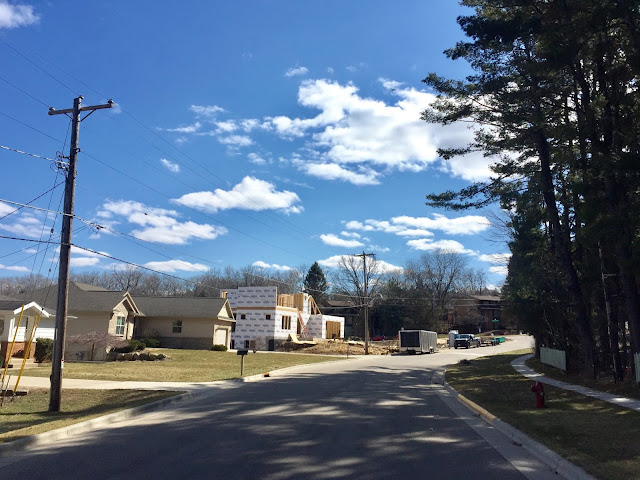 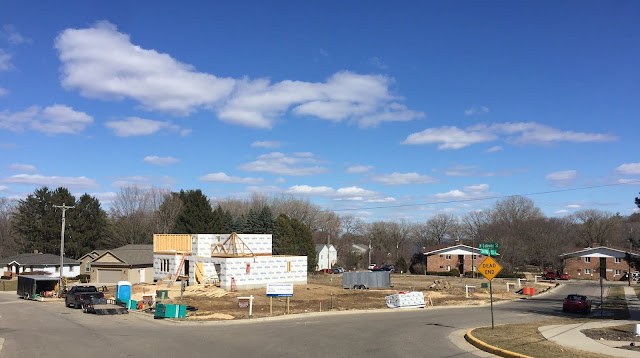 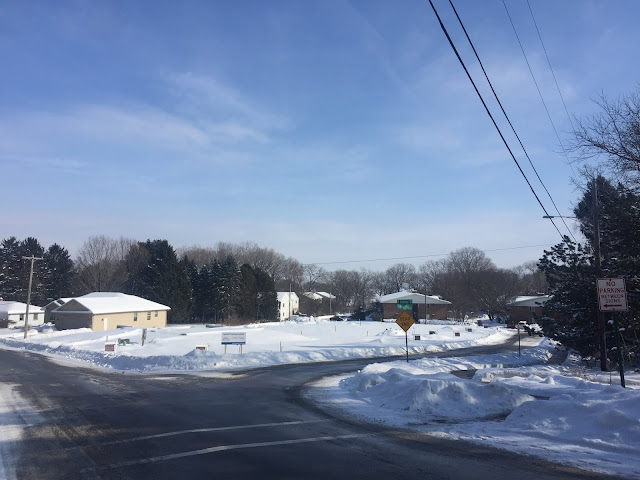 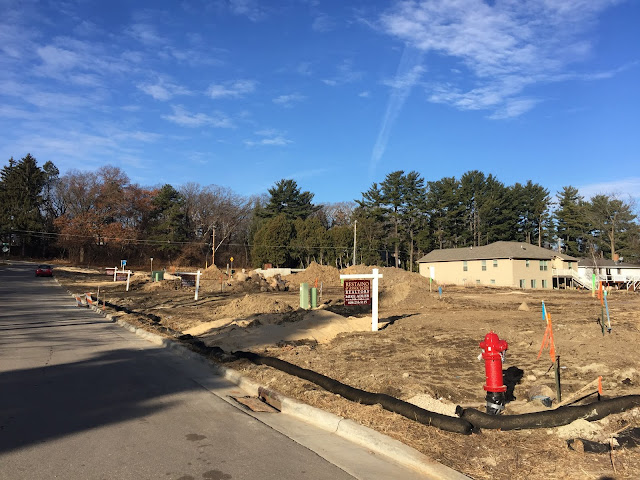 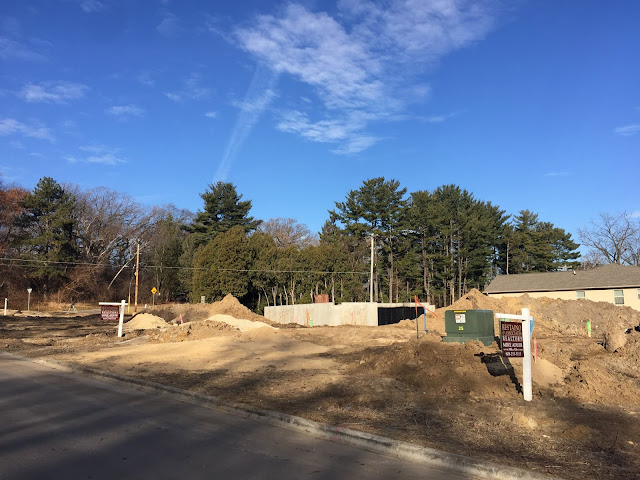 2/1/2018 update, "The latest news from what is now known as Heim's Woods, a Gateway Redevelopment infill project in Middleton", starts here. 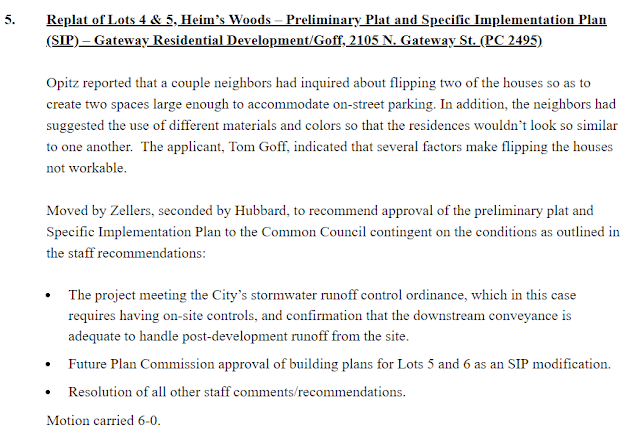 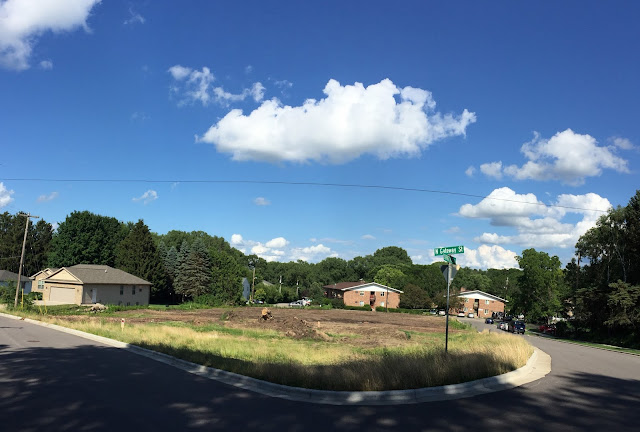 
Staff distributed a letter that the City has received from a neighbor to the proposed project, outlining concerns with the project. Chair Brar noted that a public hearing will be held on the proposal at a future date and people will have an opportunity to comment on the project. 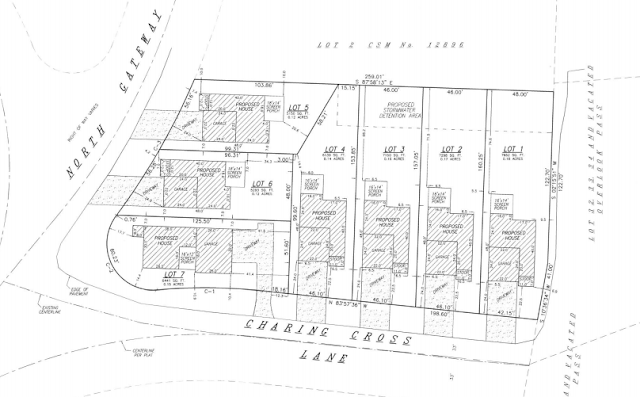