Tennessee legislature works overtime to discrimate against LGBT constitutents, their families and friends 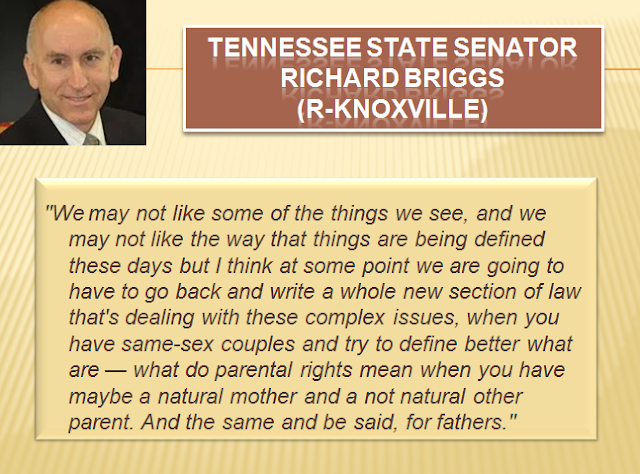 
Tennessee lawmakers have passed a bill that would effectively disenfranchise same-sex couples and women in areas including marriage and adoption, but easily might extend to property laws and other areas. The bill, if Republican Gov. Bill Haslam signs it into law, would require the government to use the "natural and ordinary meaning" of words not specifically defined in laws, which might sound reasonable, but it's not.