1312 Spruce Street, Oshkosh Wisconsin: We'll keep the light on for you 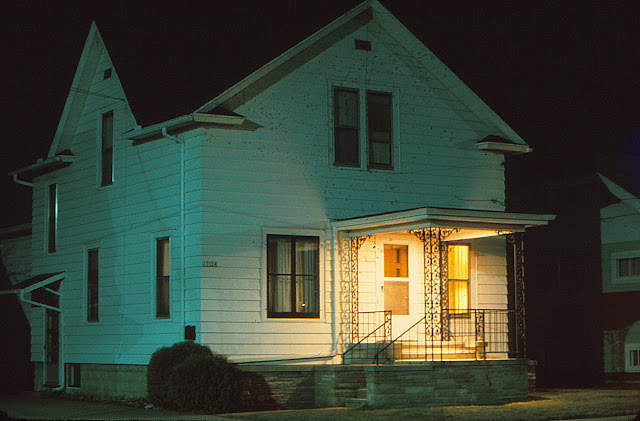 
I rented the first floor of this house, located in a quiet neighborhood on the north side of Oshkosh -- even with its proximity to the UW-O campus -- from September 1978 until February 1984.  My three landladies -- Josephine, Stella, and Celia Gogolewski; the Gogos, as I inevitably referred to them -- grew up in this house and lived just a few blocks away.  The sisters owned the Lullaby Shop*, an children's and infants' clothing store in the 400 block of Main Street in downtown Oshkosh.  It's where I dropped off my monthly rent check and chatted with them for awhile.

'Jo' sometimes had a gruff, bossy demeanor -- perhaps since she was the oldest of 4 children.  She was born in 1907 and died in 1987.  Stella (1919-2000), the youngest child, always exhibited a more even if just short of sweet temperament, and Celia (1914-1986) was the quiet one, always in the background.  (Oshkosh Public Library/Oshkosh Vital Records Index)

Not to be confused with the Lullabye Shop.