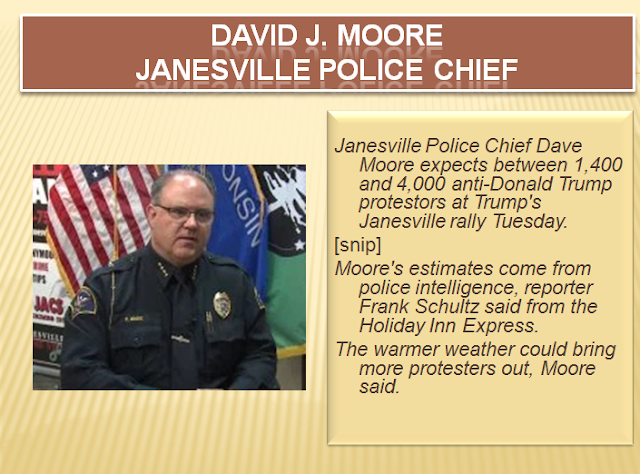 The consensus, based on a variety of news reports, is that about 2000 people attended the rally.  Of this number, 1000 ticketholders squeezed into a Holiday Inn Express meeting room.  The others, a mix of supporters and protesters, were kept mostly kept in order by 350 officers from 20 law-enforcement agencies company.

Also according to news reports, Trump, who was an hour late for the event, spent much of his time at the podium bashing Scott Walker.

Julia tosses out numbers like candy at a Good Neighbor Fest parade.