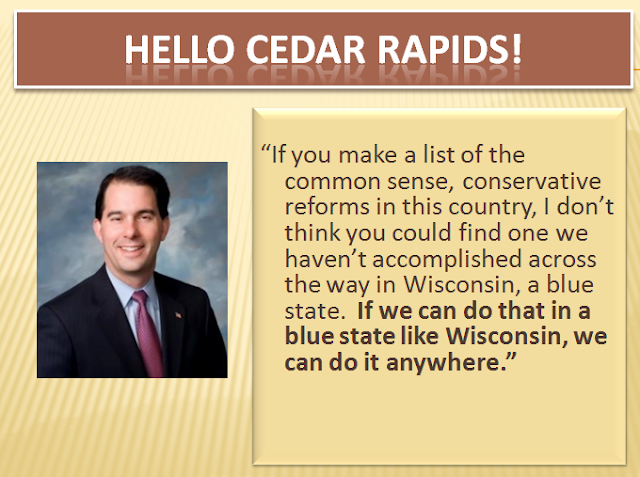 As quoted in Walker proposes Wisconsin-like reforms for the nation.  (Cedar Rapids Gazette, 7/17/2015)


“There are people who are fighters, people who have been in Washington fighting, fighters who fought but yet to win the battles,” he told about 350 people at the Cedar Rapids Museum of Art Friday