Chris Christie pays a visit to a Maineiac governor 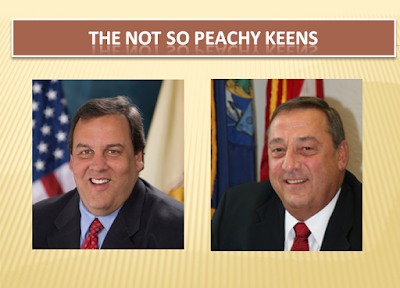 The bonding of 2 men fighting for their political lives.


LePage has drawn attention for his volatile temperament, crude references to sodomy and insults to Democratic President Barack Obama. He’s being targeted for ouster by a half-dozen legislators amid allegations of a plot to have an opponent fired.


LePage has 2 gubernatorial wins to his credit, both by pluralities.