A two-way channel of communication.  (Bold added.)   For people in the news business, Twitter was initially viewed as one more way to promote and distribute content. But as the world has become an ever more complicated place — a collision of Ebola, war in Iraq, crisis in Ukraine and more — Twitter has become an early warning service for news organizations, a way to see into stories even when they don’t have significant reporting assets on the ground. And in a situation hostile to traditional reporting, the crowdsourced, phone-enabled network of information that Twitter provides has proved invaluable.

You'll be challenged to keep up with the tweets, which, of course, aren't all created equal. 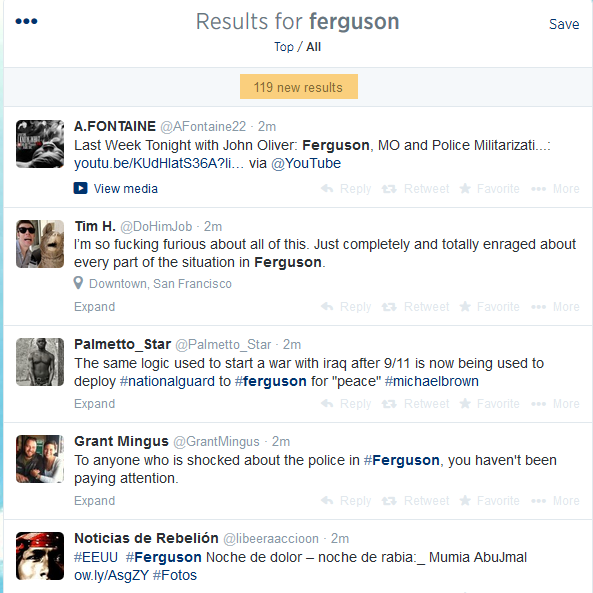 As with anything you read online, get verification.