So You Say, Governor Walker 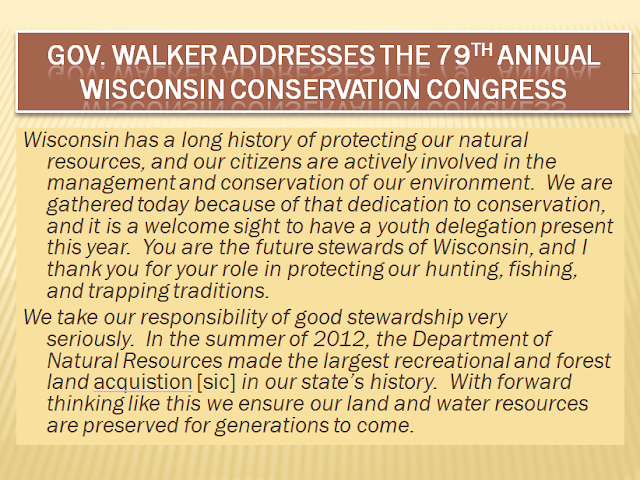 According to the Sierra Club, here's Gov. Walker's environmental record during his first year in office.