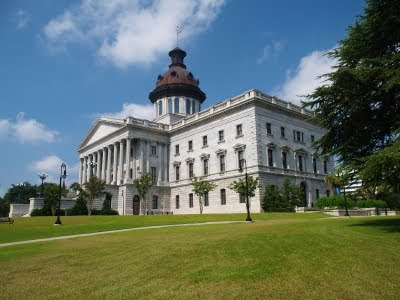 Excerpt: The S.C. House overrode Gov. Mark Sanford's vetoes Wednesday of two critically popular state services, the Department of Archives and History and aid to county public libraries. The $635,445 Archives veto would have eliminated at 18 positions at the agency and forced the department to cut the hours and days the agency could be open, and initiated the loss of federal funds.

On aid to county libraries, lawmakers from smaller counties and rural areas pled with House members to overcome the Sanford veto of $4.6 million, which some said would have caused certain libraries to close, and would have wiped out public access to Internet services, which lawmakers said the public uses to search for employment. The override vote was 110-5.  [Emphasis added.  Retiring Guy calls this 'building a common agenda'.]