UPDATE. Steve Bannon will always be the cranky, self-obsessed guy on the outside looking in 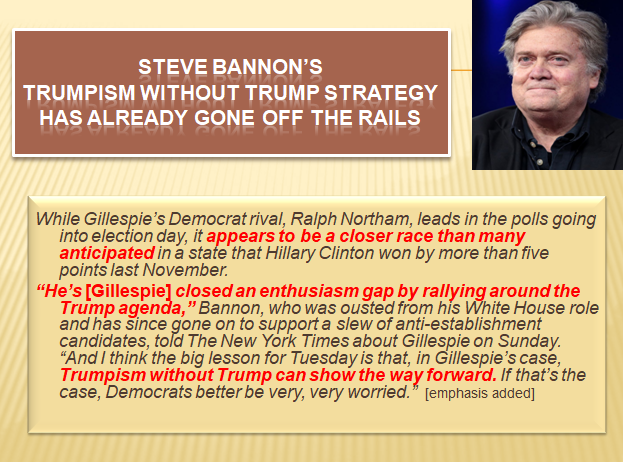 Reported in an article published the day before the Virginia gubernatorial election.  'Trumpism without Trump' could be the way forward, Steve Bannon says of histsorically unpopular president.  (Newsweek, 11/6/2017)

As we soon learned, Northam improved on Clinton's victory margin by 3.5 percentage points.  The polls averages were 7.1 percentages points off the mark.


11/9/2017 update, "You're forgiven if you thought the media and polls conspired to make the Virginia gubernatorial election a horse race", starts here. 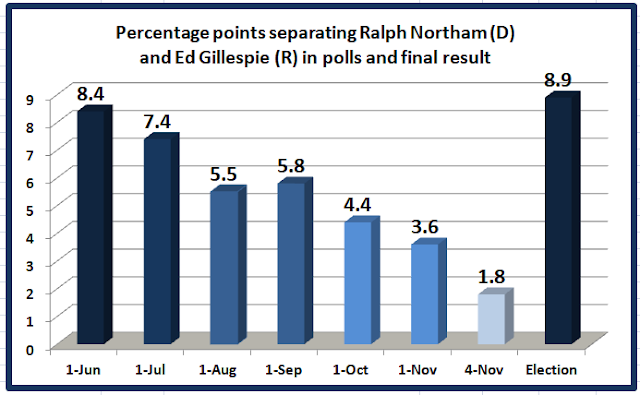 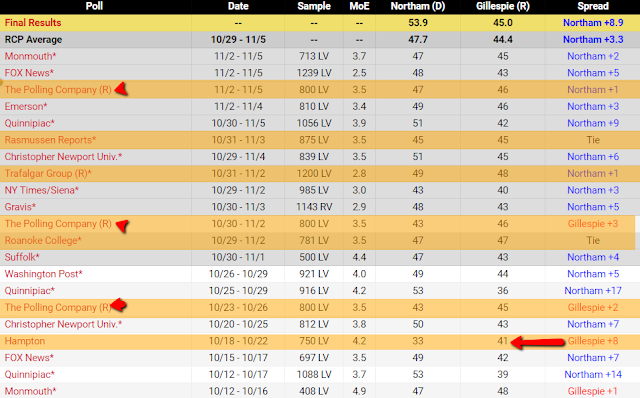 FiveThirtyEight awarded The Polling Company (note the 3 red arrows) a 'B' in its latest pollster ratings.  Yikes!

And what's with that Hampton poll, with Northam at 33%.  Not even Rasmussen is this reckless.  (Hampton also got a 'B'.)

Reported in With Virginia, Voters Give Democrats First Big Wins of the Trump Era.  (The New York Times, 11/7/2017)


The [scorched earth] strategy appeared to help Mr. Gillespie narrow the gap in the wake of the Charlottesville protests this summer, but it was not enough to overcome the anti-Trump energy in an increasingly diverse state that has not elected a Republican to statewide office since 2009. 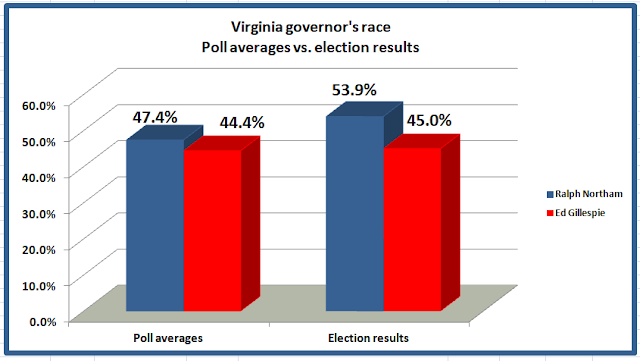 
The Associated Press called the contest at 8:12 p.m. About 30 minutes later, Trump, traveling in Asia, criticized Gillespie on Twitter.

"Ed Gillespie worked hard but did not embrace me or what I stand for," Trump wrote.


And now we know why!