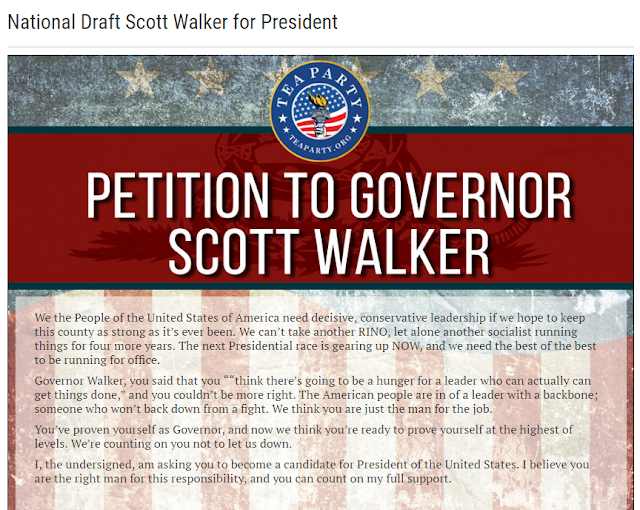 The movement started in earnest in late 2013.


In other words, Gov. Walker a) is an unapologetic conservative, b) has a lengthy list of conservative accomplishments, c) can rally the conservative base while still appealing to independents and d) is a prolific fundraiser. That’s quite the trifecta heading into 2016.


It's a Barnum & Bailey world.