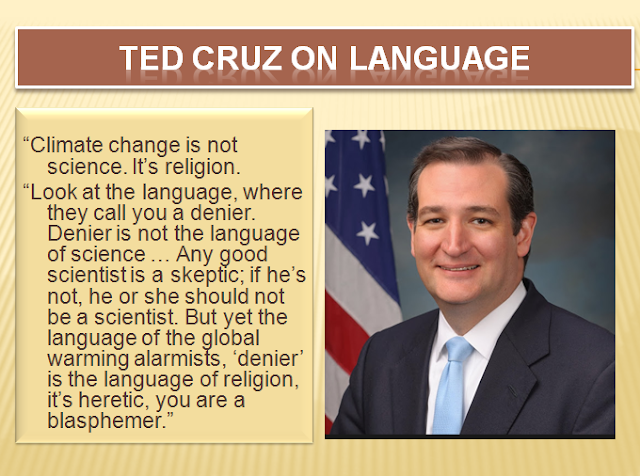 As you would expect, Cruz subscribes to the narrowest possible view. 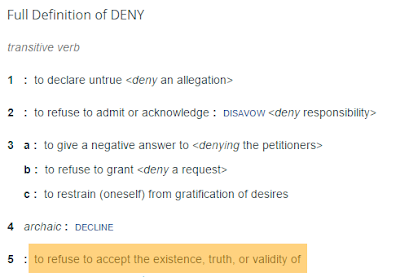 Note that the highlighted sense of 'deny' -- as well as all of the others, for that matter -- doesn't include the qualifying phrase 'of religious doctrine'

Candidate Cruz seems to beyond the reach of remedial education. 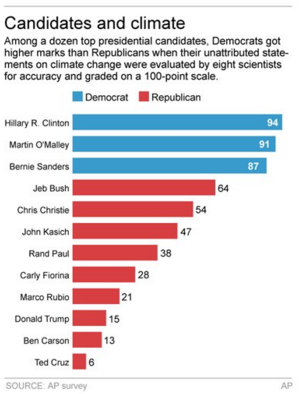 Cruz, apparently, is setting himself up for an ignominious fall.

A majority of Republicans — including 54 percent of self-described conservative Republicans — believe the world’s climate is changing and that mankind plays some role in the change, according to a new survey conducted by three prominent Republican pollsters.