Gone, but not forgotten: The s-bridge between Warren and Irvine, PA


The beginning of the end of the infamous S bridge between Warren and Irvine, Pennsylvania, occurred on Thursday, January 5, 1967.  On that day, Governor William Scranton signed a bill approving the "Youngsville Bypass", a $5.8 million project to relocate a stretch of U.S. 6 as a four-lane, divided highway.

Without a doubt, the most unlamented aspect of this project was never having to drive over this bridge again.  The three photos shared here was taken in 1980, eleven years after the opening of the bypass. 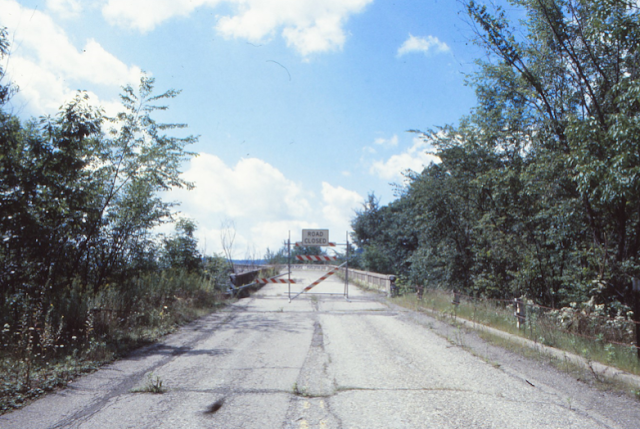 Like most drivers, I never found anything close to a comfort level crossing this bridge.  I always prayed that a semi wouldn't be heading in the opposite direction.  Too frequently, an unanswered prayer. 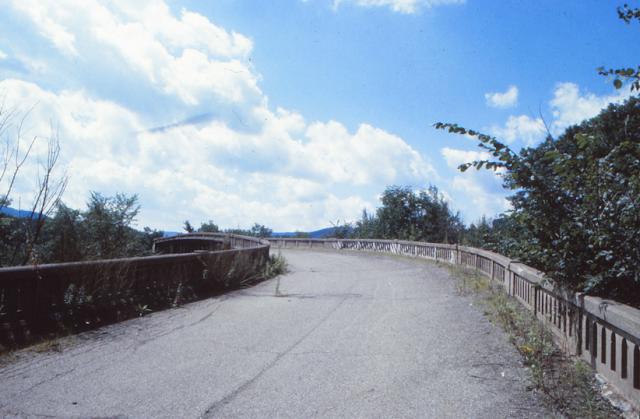 Just a single train track below. 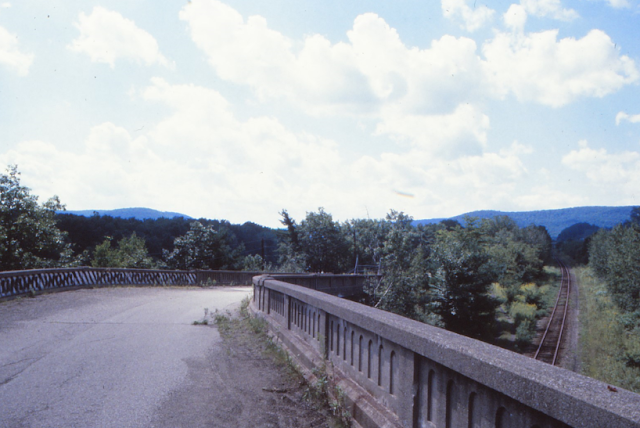 My subsequent visit to this location occurred in September 2012.  The bridge had been removed by then, and the area where it had been located was so overgrown I didn't even bother to get out of my car.

I took no photo to commemorate this return.