The Americans: The Colonial Experience by Daniel Boorstin (Part One, Outlined)

I stumbled across Daniel Boorstin's The Americans trilogy in the spring of 1976.  The hoopla and mythmaking that infused an extended Bicentennial celebration made me determined to find a more believable, realistic story of how the United States came to be.

What impressed me most about Boorstin was how vividly he brought various aspects of American history to life, American social history, to be exact.   The standard practice when I attended school was to offer a year-long course on American history in 8th and 11th grades.  The curriculum featured the usual hodgepodge of colonial fairy tales and dry, deadening recitations of facts about wars and Presidents.  And we never made it into the 20th century.

Giving myself over to a full experience with this trio of books, I not only read but also outlined them, the first 4 pages of which are shared below.  And the extensive bibliographical notes sections informed my reading for years. 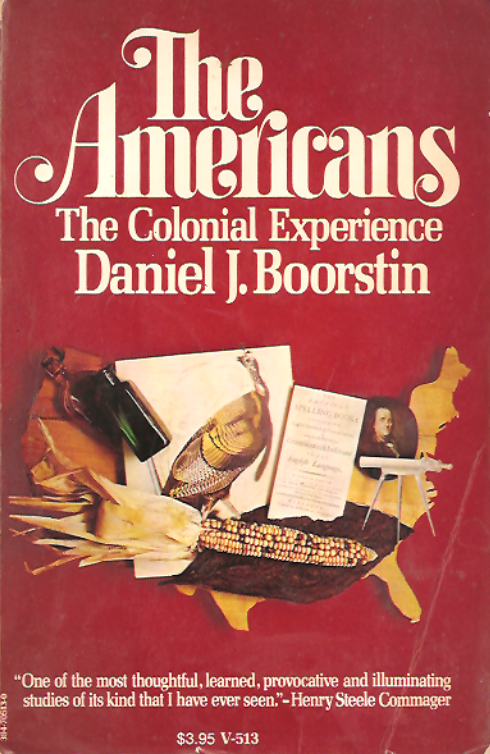 Part One.  A City Upon a Hill:  The Puritans of Massachusetts
Chapter 1.  How orthodoxy made the Puritans practical

Chapter 2.  The Sermon as an American Institution

Chapter 5:  How the Puritans Resisted the Temptation of Utopia 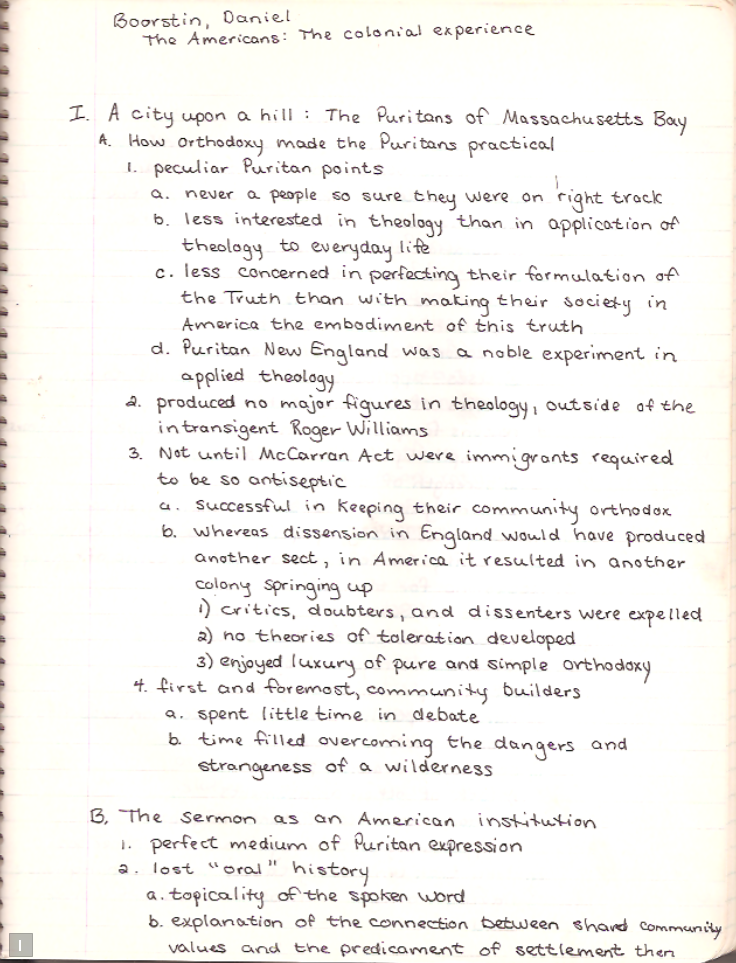