50 Years Ago Today: Simon and Garfunkle's 1st Album, "Wednesday Morning, 3AM", is Released

And we weren't ready for it.

Initially, Wednesday Morning, 3AM  made no impact and sold poorly.  Columbia Records re-released the album 15 months later, in January 1966, taking advantage of the popularity of a remixed version of "The Sound of Silence", which spent two separate weeks at #1 on the Billboard Hot 100 that month.  It spent 31 weeks on Billboard album chart, peaking at #30.

Two other Simon & Garfunkel albums were released in 1966 -- Sounds of Silence on January 17, and Parsley, Sage, Rosemary and Thyme on October 10.  Both of these albums spent nearly 3 years on the charts.

Among a group of friends in Warren PA 16365, Parsley, Sage, Rosemary and Thyme, along with the Beach Boys' Pet Sounds, were favorite albums for late-night listening in the dark during our senior year in high school. 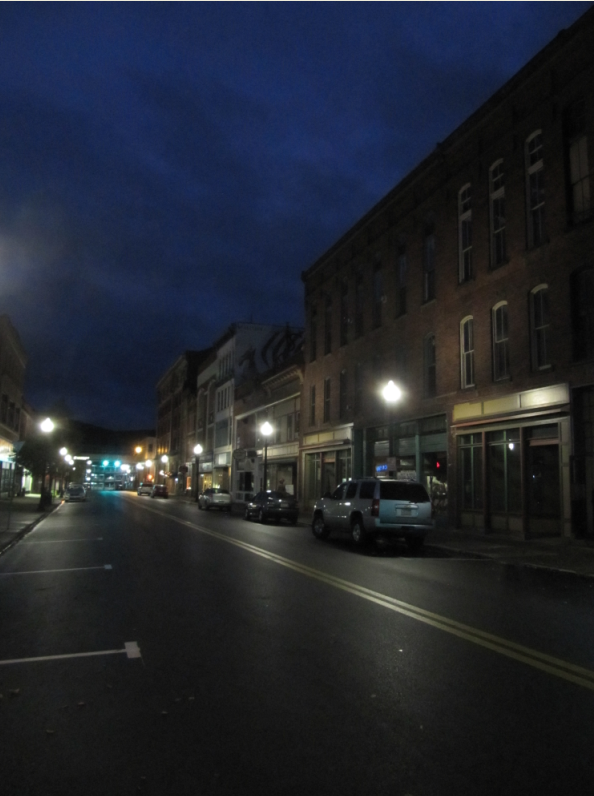 Liberty Street at Night
(Warren PA)
photo by retiring guy
Posted by Retiring Guy at 7:00 AM