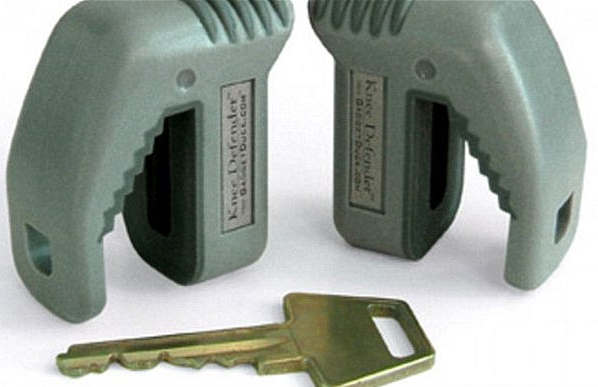 Literally?  A woman and a man — both seated in the “Economy Plus” section of the aircraft, which already comes with extra legroom — were at each other's throats because the man attached a “knee defender” device to his seat, preventing the woman in front from reclining, according the Associated Press.

Where there's a will.  It is the work of Ira Goldman, a 6ft 4in Washington DC resident, who wanted to help other tall travellers fed up with being “bashed in the knees over and over again” while on a flight.