Members of the Wisconsin State Senate, Listed by Seniority, Total Years of Service 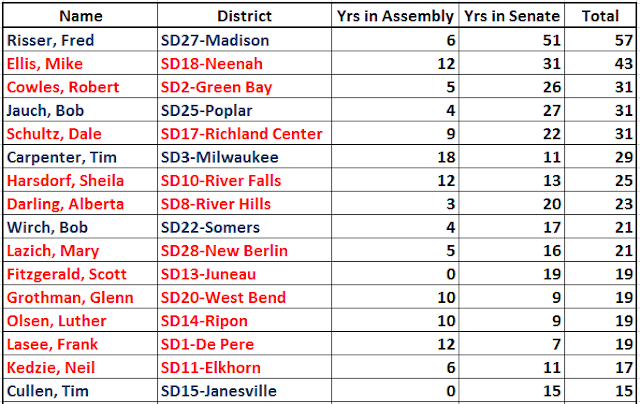 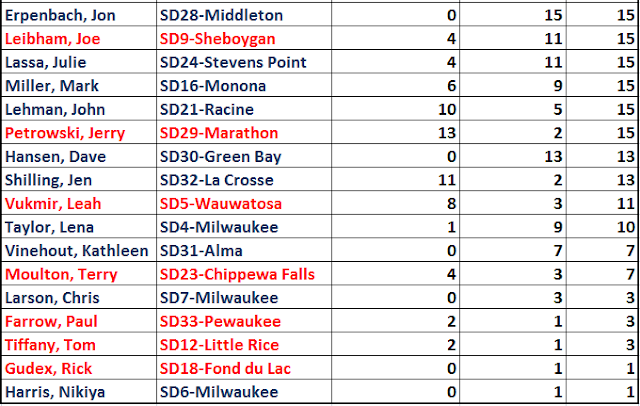 On average, Wisconsin State senators have served more than twice the length of time than Wisconsin Assembly representatives.

Half of the members of the Assembly have served 3 years or less.  The median years of service for state senators is 11.

Perhaps these numbers shed some light on the frustrations of Assembly Speaker Robin Vos that Rep. Al Ott refers to in a recent Racine Journal-Times article.   It's also interesting to note that Ott is the longest, continuously serving member of the Assembly.

In post-Act 10 Capitol, Assembly Speaker Vos faces challenges from inside party and out. (Racine Journal Times, 11/30/2013) 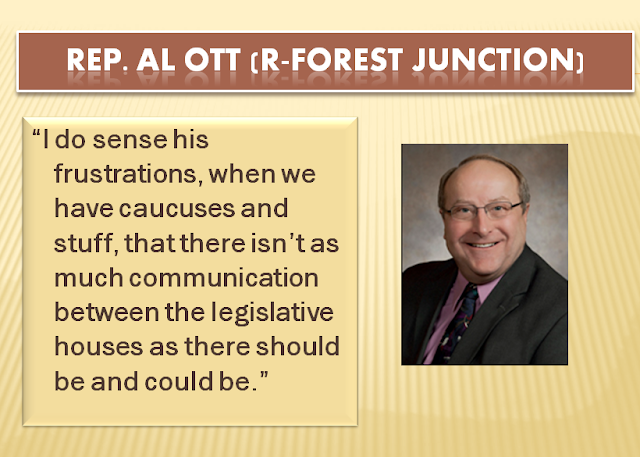 As was pointed out at a meeting I recently attended, for more than half of the current members of the Wisconsin State Assembly, their history of the legislature begins with Act 10, which resulted in one of the most contentious and divisive sessions in the state's political history.  (I don't have enough background to make an unequivocal statement here, i.e., the most.)

Sidebar:  While Fred Risser was running for state office for the 1st time, I was attending 1st grade at Whittier Elementary School in Great Falls, Montana. 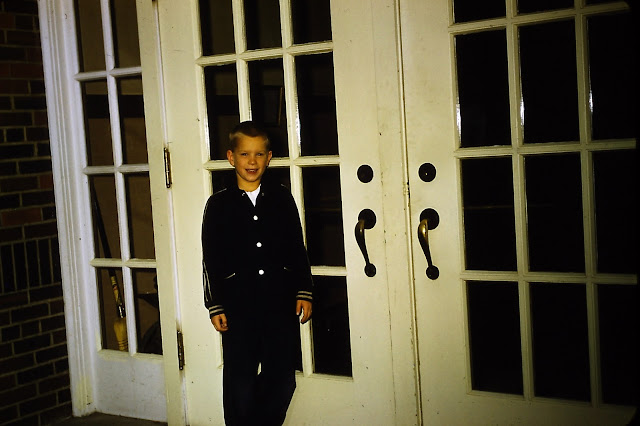 Related post:
A list of representatives in the Wisconsin State Assembly, by seniority.  (12/5/2013)
Posted by Retiring Guy at 8:55 AM