That was Then, This is Now: St. Louis County Library Foundation Family Heritage Center 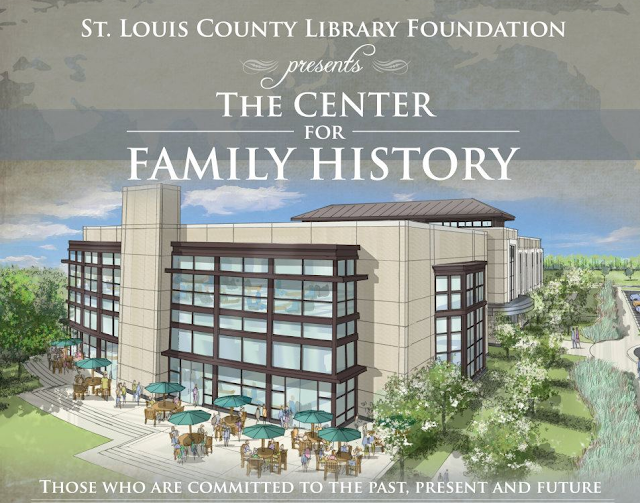 Excerpt: The Family Heritage Center, expected to open by 2012, is to be built on six acres near Baxter and Wild Horse Creek roads in Chesterfield, west of Chesterfield Mall. Louis Sachs, chairman of Sachs Properties, donated land for the project.

Excerpt: Despite that setback, and the resignation last month of its director, the library has the public funding to proceed with a $108 million, 10-year construction plan and will include a genealogy center in one of the libraries, says its interim director, Kristen Sorth.