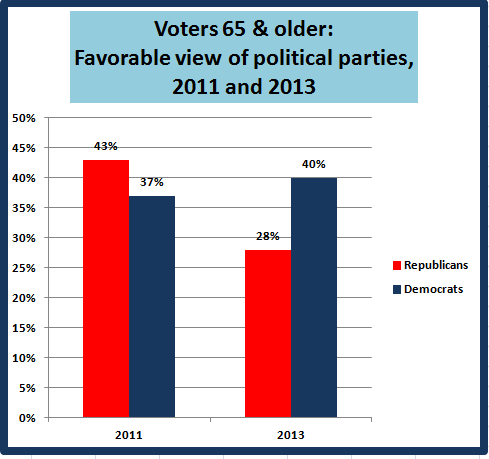 Excerpts: Just 28 percent of voters 65 and older had a favorable view of the Republican Party in a national survey conducted last month by the Democratic pollster Stan Greenberg, versus 40 percent who had a positive view of the Democrats. That's a reversal from a poll Greenberg conducted in early 2011, when 43 percent of seniors saw Republicans favorably and 37 percent saw Democrats that way. 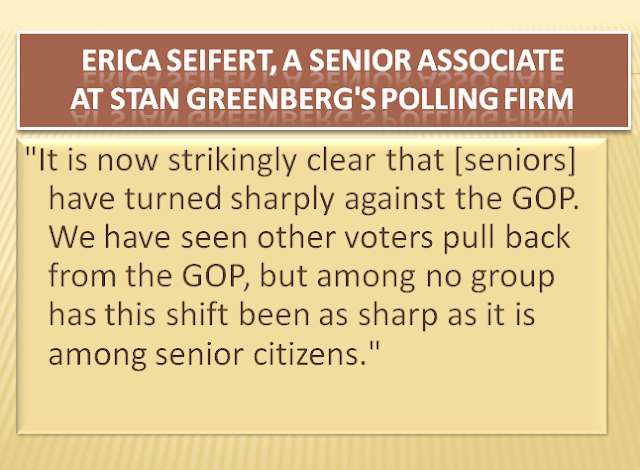 Since these results are from a Democratic pollster, I'll hold off on the high-fives for now.

And perhaps there's not all that much to cheer about, considering the Democrats gained just 3 percentage points while the Republicans lost a whopping 15.

Makes me wonder if a growing number of older voters are saying, "Throw the bums out -- all of 'em!!"

They make be souring on the Republican party, but they don't seems to be getting much sweeter on the Democrats.