Business Empires Crumble Under the Weight of This Affectation 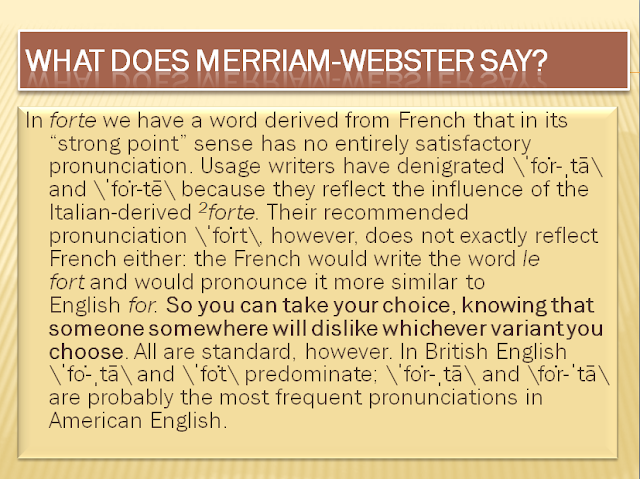 Excerpt:   Meaning "strong point, something at which one excels," the word has traditionally been pronounced fort. But over the years it came to be confused with the Italian musical direction (to sing or play loudly), forte, pronounced for-tay. To quote Charles Harrington Elster from his book, The Accidents of Style, "For better or worse, this is now the dominant pronunciation in American speech." The pronunciation used by our elevator companion though, is an affectation to be avoided.