Excerpt:  But a dozen or so state legislatures have had a different reaction: They proposed or enacted bills that would make it illegal to covertly videotape livestock farms, or apply for a job at one without disclosing ties to animal rights groups. They have also drafted measures to require such videos to be given to the authorities almost immediately, which activists say would thwart any meaningful undercover investigation of large factory farms.

Some of the legislation appears inspired by the American Legislative Exchange Council, a business advocacy group with hundreds of state representatives from farm states as members. The group creates model bills, drafted by lobbyists and lawmakers, that in the past have included such things as “stand your ground” gun laws and tighter voter identification rules.

One of the group’s model bills, “The Animal and Ecological Terrorism Act,” prohibits filming or taking pictures on livestock farms to “defame the facility or its owner.” Violators would be placed on a “terrorist registry.” 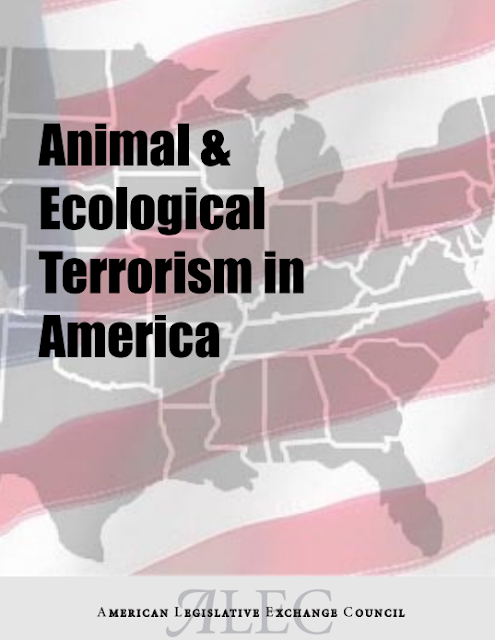 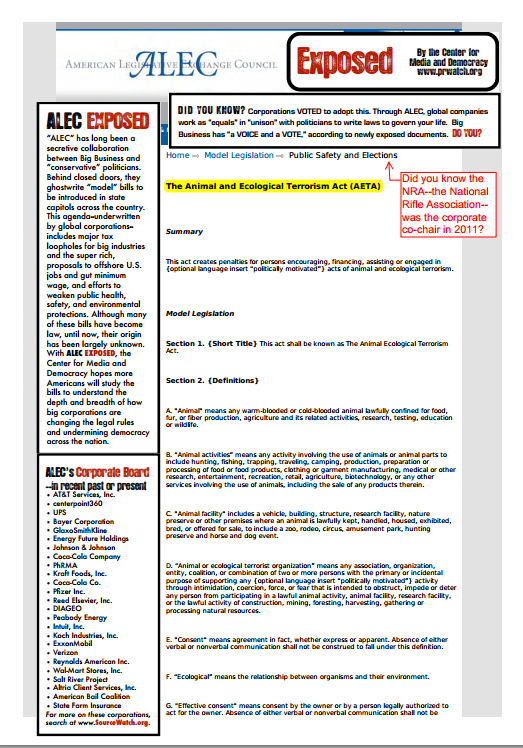