Can One Member, a Voice in the Wilderness Breaking with the Pack, Divide a Party?

Well, strictly speaking, I suppose he can, according to Merriam-Webster's definition of divide:  to separate into two or more parts, areas, or groups 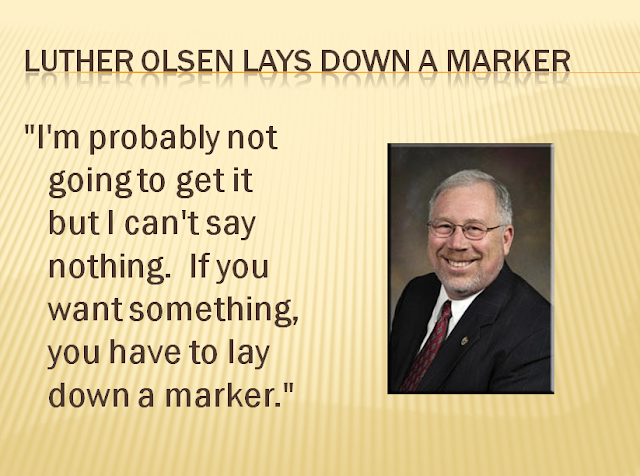 Excerpt (with emphasis added):  Except for Republican Sen. Luther Olsen of Ripon. He is breaking with the pack, calling for a $100 million increase in school aid the first year of the budget and another $200 million the second year.

Olsen, in calling for more money for schools, has largely been a voice in the wilderness among Republicans. The conversation from the right has been centered more on finding ways to cut income taxes, which is the priority of both Walker and Republican Assembly Speaker Robin Vos.

General and categorical school aids is the largest chunk of the state budget.  (Table is from 2011-13 Budget in Brief document from the Wisconsin Department of Administration.) 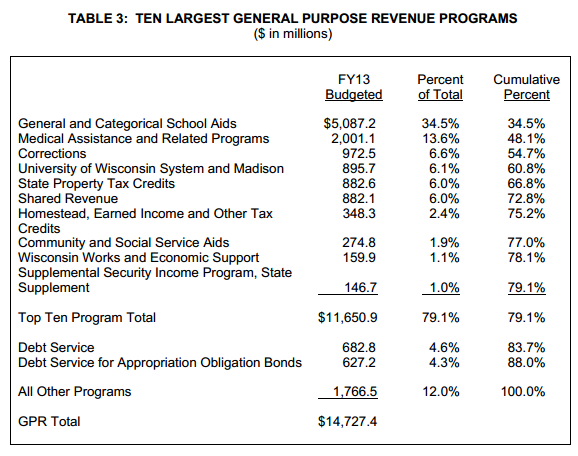 In a related development, Sen. Mike Ellis (R-Neenah), wants to put the brakes on the expansion of the school voucher program.  He proposing a local referendum requirement.